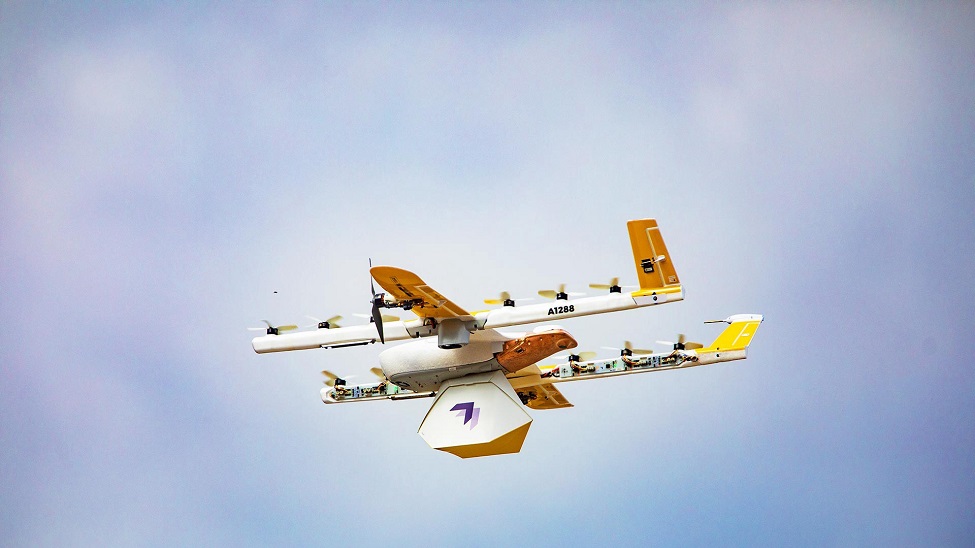 Wing has become the first company to operate a commercial air delivery service via drone directly to homes in the United States.

Wing’s collaborators on this service — FedEx Express, Walgreens, and local Virginia retailer Sugar Magnolia — are the first businesses in the United States to offer this form of local air delivery to customers.

Minutes after customers order from the Wing app from Walgreens or local Virginia retailer Sugar Magnolia, the lightweight aircraft delivers directly to their homes. Similarly, customers can opt in to receive scheduled FedEx Express deliveries by drone. Upon arrival, the aircraft gently lowers the package to a small, designated location in the yard or driveway, before returning to Wing’s “Nest” in North Christiansburg.