USPS: 24th chairman of the Board of Governors announced

During yesterday’s meeting of the U.S. Postal Service Board of Governors, Ron A. Bloom was unanimously elected by his fellow Governors to serve as the 24th chairman of the Board of Governors. The Governors also unanimously elected Roman Martinez IV to serve as vice chairman. Bloom succeeds Robert M. Duncan, the Board’s chairman since Sept. 2018, and who continues his term as a Governor.

Postmaster General Louis DeJoy congratulated Bloom and Martinez on their election to these leadership positions. He said that he has “enjoyed my collaboration with Ron Bloom as a member of the Strategy and Innovation Committee, and I look forward to working with him as Chairman.” DeJoy also stated that Martinez will serve the Board well as vice chairman and that the Board “will benefit from his broad experience and wise counsel as I have during the start of my tenure as Postmaster General.”

Bloom has served on the Board of Governors since August 2019, appointed by President Trump and confirmed by the U.S. Senate to serve the remainder of a seven-year term that expired Dec. 8, 2020. Bloom is currently in a hold-over year.

During his more than 40-year career, Bloom has had senior leadership roles with labor unions, leading financial services firms and the Federal Government. Since 2016, Bloom has been a vice chairman and managing partner at Brookfield Asset Management. Prior to that, Bloom was vice chairman of U.S. Investment Banking and Managing Director at Lazard. During his time at Lazard, he advised the National Association of Letter Carriers on postal issues. From 2009 to 2011, Bloom served the Obama Administration, first as a senior advisor to the Secretary of the Treasury, where he helped to lead the restructuring of the U.S. auto industry following the 2008 recession. After the restructuring, he led the Treasury’s Oversight of GM and Chrysler, including GM’s Initial Public Offering — at the time the largest IPO in U.S. history. In 2011, President Obama appointed Bloom to serve as Assistant to the President on Manufacturing Policy.  In that role, he provided leadership on policy development and strategic planning for the Administration’s agenda to revitalize the manufacturing sector.

In his remarks, Chairman Bloom said that he is humbled by the opportunity to be a part of the important work ahead, which will include “a bold and comprehensive plan … that will allow us to revitalize the United States Postal Service.” He said this plan “will further imbed the Postal Service as a vital part of our Government’s critical national infrastructure, providing excellent value and reliable and affordable mail and package delivery to 160 million American households six and seven days each week. It will require both ourselves and our stakeholders to come together, openly face our challenges, make necessary choices and do what is right for this great organization and our country.”

Martinez has served on the Board of Governors since August 2019, appointed by President Trump and confirmed by the U.S. Senate to serve the remainder of a seven-year term that expires Dec. 8, 2024. He has chaired the Board’s Audit and Finance Committee since Oct. 3, 2019.

Martinez has significant experience in the private sector and helping govern private and non-profit institutions. Born in Cuba, he emigrated to the United States in 1960 and began his career as an investment banker in 1971 with Kuhn Loeb & Company, which merged with Lehman Brothers in 1977. Martinez became a partner there in 1978 and worked as a managing director in investment banking until his retirement from the firm in 2003. Since then, he has devoted his time to serving on the boards of major companies and non-profit institutions, including New York-Presbyterian Hospital, the International Rescue Committee, the German Marshal Fund of the United States, Cigna Corporation, Orbital ATK, Inc. and Bacardi Limited. Also, he was appointed by then-Republican Gov. Charlie Crist to the Investment Advisory Council of Florida’s State Board of Administration. During the meeting, Vice Chairman Martinez thanked his fellow Governors for their trust and said that he looks forward to continuing “to work with them on a collegial and non-partisan basis to successfully move the Postal Service forward on behalf of the American people.“ He said he has “enjoyed being a part of the mission of this venerable institution” and is “excited for the prospects of the Postal Service under the strong leadership of Postmaster General DeJoy.”

DeJoy: The U.S. Postal Service can have a bright and modern future 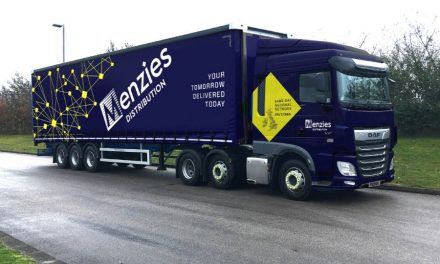 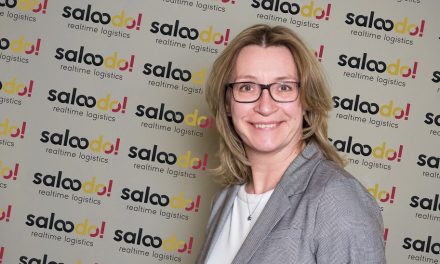