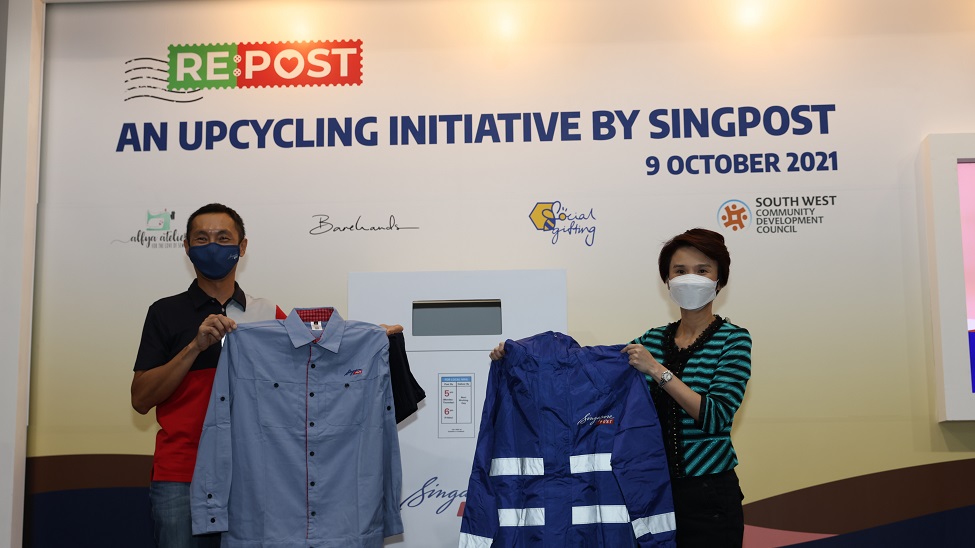 SingPost’s iconic blue uniforms previously worn by its Postal staff have been given a new lease of life as lifestyle products that members of the public can now purchase in its Re:Post project, an upcycling initiative in a bid to aid both the environment and community.

SingPost partnered three homegrown social enterprises – Alfya Atelier, Our Barehands and Social Gifting X South West Community Development Council (SWCDC) – in designing and producing the 12 products, which were made from standard-issue uniforms for postmen such as shirts, cargo pants, windbreakers and raincoats.

The products are available for sale and all proceeds will be donated in full to SWCDC in support of its South West Caregiver Support Fund and Meals Service @ South West.

The Re:Post charity campaign was launched by Mayor of South West District, Ms Low Yen Ling, on World Post Day (9 October), a day to raise awareness and celebrate the role that postal services across the world play in the everyday lives of people and businesses, as well as their contributions to social and economic development.

“By upcycling our old uniforms instead of just disposing of them, we are doing our part in minimising the amount of waste produced and reusing the materials for practical use. By supporting local social enterprises, Alfya Atelier, Our Barehands and Social Gifting X SWCDC Media Release have created work opportunities for the communities they are assisting, while producing beautiful, unique and practical items that embody SingPost’s core values and history,” said Mr Robin Goh, Group Chief Brand and Communications Officer for SingPost who heads social investments for the company.

Mayor of South West District Ms Low Yen Ling said, “This project is an example of a circular economy at work – when waste is reduced and the transformation of old postmen uniforms spur jobs and skill development instead, and sales of handcrafted products go to benefit caregivers and residents in need. As we mark a very memorable World Post Day with this Re:Post initiative, we want to pay tribute to all postal workers and those at SingPost who have kept the nation’s essential services going, rain or shine, amid the pandemic.”

SingPost: committed to making every delivery count for people and planet 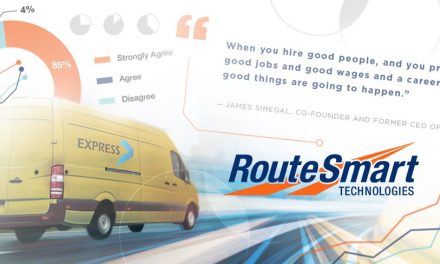 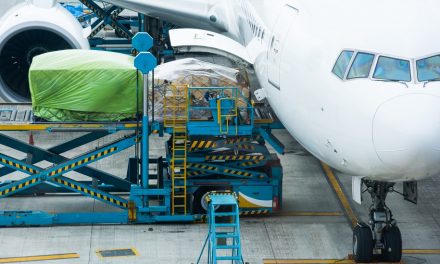