The United States Postal Service is set to lose tens of millions of dollars for a series of “willful” health and safety violations at its processing facilities across America. While desperately searching for possible cutbacks to stem its multi-billion dollar losses, the organisation is being sued by the federal government for what are described as an “indifference to employee safety and health”.

The USPS has been accused of putting its workers at risk and ignoring long-established safety procedures.

The latest fine, announced this week, was for five safety violations at the USPS processing centre in Columbus, Ohio, for which a $210,000 fine was proposed by the Occupational Health and Safety Administration (OHSA), an agency of the US Department of Labor.

The Columbus fine brings the Postal Service’s total fines imposed this year to more than $4.3m, for violations in at least 15 processing centres.

Previous fines handed out this year have been as high as $558,000 for 12 violations at the Providence Processing and Delivery Center in Providence, Rhode Island.

The OHSA is currently looking into health and safety complaints regarding 350 of the USPS locations.

If the other processing facilities lead to similar fines to those handed out so far this year, the Postal Service could be facing total fines above the $100m mark.

In Columbus, the OSHA began inspecting the processing centre back in April, in response to complaints from USPS employees.

Inspectors found that the Postal Service was not providing adequate safety training, and was not ensuring workers followed safety-related work practices when dealing with electrical equipment.

Appropriate personal protective equipment was not being provided for those working on energised electrical equipment, the OSHA said.

The agency said the violations were “committed with intentional, knowing or voluntary disregard for the law’s requirements, or plain indifference to employee safety and health”.

USPS told Post&Parcel yesterday that it is reviewing the OSHA’s concerns.

Postal Service spokesman Mark Saunders said the USPS had begun a programme to enhance its safety procedures as far back as January 2010, including 123,000 hours of training for more than 20,000 maintenance employees.

He said the USPS is in the process of distributing more than $2m worth of protective safety gear for staff, including safety glasses, face shields and protective gloves, lab coats and coveralls.

Saunders said: “Regardless, one accident, or the potential for one accident – on the road, in a Post Office or a mail processing plant – is one too many. We will review OSHA’s concerns and make necessary adjustments to continue to ensure a safe working environment for our employees.” 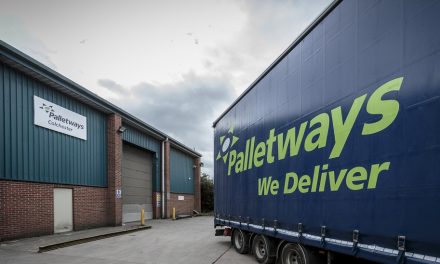 Palletways: our new technology is “a giant leap forward for logistics safety”