UPS has appointed veteran international manager Stephen D Flowers as president of its UPS Global Freight Forwarding division. Flowers, who first joined UPS as a loader/unloader while still at college in 1981, was most recently head of UPS Americas.

He takes over from Ken Torak as president of UPS Global Freight Forwarding, with the company telling Post&Parcel that Torak is set to move to a new assignment that is not yet being publicly disclosed.

Seven years at UPS Americas, where he is succeeded by Romaine Seguin, saw Flowers responsible for all UPS package and cargo operations in more than 50 countries and territories across Latin America and Canada, overseeing several multi-million dollar expansion projects.

Dan Brutto, president of UPS International, said his company had always placed a “great emphasis” on promoting from within to result in managers with “extensive experience” in the business.

Brutto said: “Stephen is a 30-year UPS veteran and has thrived in numerous roles within the organization. We’re excited to leverage his deep, international expertise to effectively lead our global freight forwarding operations.”

A native of Canada, Flowers worked as a package car driver after graduating from college before being promoted through the ranks from industrial engineering supervisor, through various managerial positions from operations manager to vice president of operations for Canada.

Flowers was appointed vice president of international strategic planning in 1998, and following this became a district manager for eastern Long Island, New York, and then a district manager overseeing the company’s operations in France, Belgium, the Netherlands, Luxembourg and Switzerland.

Commenting on his appointment, he said he would bring his wide international experience to his new role.

“I look forward to applying my experience as an international manager to help customers engage UPS’s freight forwarding and logistics capabilities,” said Flowers. “These capabilities are essential if our customers are to optimize their supply chains and gain a competitive advantage.” 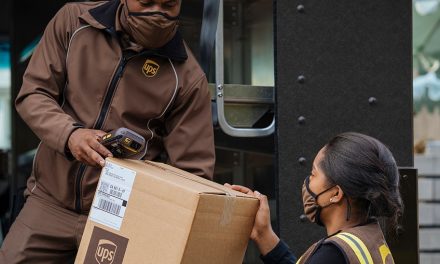