FedEx Express has taken on a new Boeing 777 Freighter to boost its intercontinental links between the US, Europe, the Middle East and India. The company said the aircraft would bring “significant” service improvements and faster deliveries for customers shipping between the Americas and the Middle East.

Trade between the US and MENA (Middle East and North Africa) region totaled more than $127bn last year, with predictions of a 3.6% growth rate in 2011.

The new flight started March 30, offering a one-business-day service improvement for those in the US, Canada and Latin America shipping to the United Arab Emirates, Afghanistan, Labanon and Bahrain.

It also means additional capacity from India, and between the Asia Pacific, Europe and Middle East regions, FedEx said.

Gerald P. Leary, president, FedEx Express Europe, Middle East, Indian Subcontinent and Africa, said: “As the global economy becomes even more complex and intertwined, the markets of the Middle East region are some of the fastest growing, coming out of the recession stronger than anticipated.”

“This transit time enhancement will open up exciting growth opportunities for our customers and all businesses in the region wanting to sell and source their products in the U.S. and in other markets around the globe,” Leary added.

As well as improving transit times and capacity, the new aircraft also sees FedEx expanding its use of the Boeing 777F, the world’s largest twin-engine cargo aircraft, seen as a more modern and efficient aircraft than previous options. Its 178,000 pound revenue payload is a 14,000 pound improvement on the MD-11, which had been the standard long-haul workhorse for the FedEx fleet.

While supply of the 777F is relatively limited at the moment, FedEx Express has already taken delivery of 12 aircraft, and has 32 on order for delivery by the end of 2019. The company said the move was part of its goal to cut its fuel emissions by 20% by 2020. 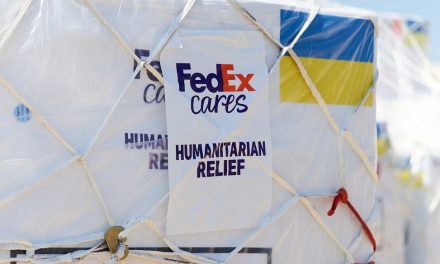