Express operators are putting contingency plans into place, after hundreds of flights across Europe were cancelled as a result of the ash cloud from Iceland’s Grimsvotn volcano. According to media reports in the UK, air controllers across the continent expect to see up to 500 cancelled flights today (24 May).

The Met Office confirmed reports of ash across northern Scotland today, adding that the cloud is predicted to clear northern parts of the UK by early Wednesday (25 May).

“Forecasts for the end of this week indicate mainly low levels of ash affecting parts of UK and Europe. This forecast does depend on the status of the Volcano since the wind direction and strength will remain variable,” the Met Office said in a statement.

Express operators have admitted that disruptions are likely, however the situation is not likely to be as severe as last April’s ash cloud crisis, caused by the Eyjafjallajokull volcano.

Speaking to Post&Parcel, a FedEx spokesperson said: “FedEx’s services could be minimally affected by the volcanic eruption which occurred at the weekend.

“Some delivery delays may be anticipated, however pick-up services remain unchanged.

Customer services remain top priority at FedEx and we are closely monitoring the situation.”

Responding to the crisis, DHL UK said it has put contingency plans into operation: “As a result of the volcano eruption in Iceland we are experiencing some disruption on flights into Scotland. However, contingency plans have been put in to place and shipments are successfully being moved by road to and from Scotland today.

”DHL continues to monitor the situation and will execute further contingency plans as need be. As ever we are taking steps to manage through this event to provide our customers with the best possible service under these circumstances.”

The UK Civil Aviation Authority today said that new arrangements put in place since last year’s volcanic ash cloud would ensure high levels of public safety while helping to limit any disruption in the event that volcanic ash reaches UK airspace this week. But the CAA warned that disruption to aviation couldn’t be ruled out.

Andrew Haines, chief executive of the CAA, said: “Our number one priority is to ensure the safety of people both onboard aircraft and on the ground. We can’t rule out disruption, but the new arrangements that have been put in place since last year’s ash cloud mean the aviation sector is better prepared and will help to reduce any disruption in the event that volcanic ash affects UK airspace.”

In terms of passenger airlines, the BBC reported that British Airways, KLM, Aer Lingus, Flybe, BMI, Loganair, Eastern Airways, Easyjet and Ryanair, have all cancelled flights on Tuesday. The disruptions mainly affect Scottish airports, as well as some airports situated in the north of England. 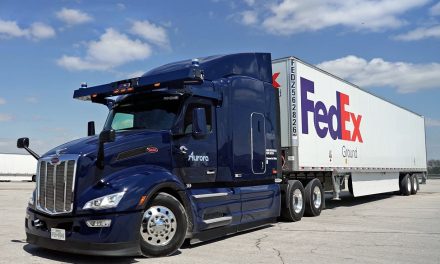