The Canadian government defended Canada Post’s $2bn Postal Transformation initiative yesterday, as postal strikes continued to rotate through Canadian cities. The multi-year investment programme aims to modernise the Canada Post network to cope with current market trends, but has proved one of the key sticking points in negotiations between the Corporation and the Canadian Union of Postal Workers over a new four-year collective bargaining agreement.

As the weekend’s strikes expanded today to the cities of Victoria, British Columbia, and Moncton, New Brunswick, the union has continued to complain about the consolidation of the network and to certain changes to working conditions being made as Canada Post seeks to respond to declining mail volumes.

Yesterday in the Canadian House of Commons, minister Steven Fletcher emphasised his continuing support for the “substantial” investments being put into Canada Post’s infrastructure.

He said: “We are making Canada Post more effective for Canadians, the clients, the people whom Canada Post serves, and I think Canadians will be very pleased with the results.” 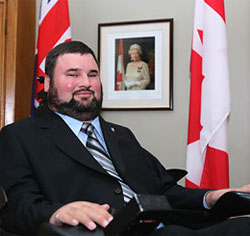 Fletcher was responding to claims from a New Brunswick MP, Yvon Godin, that the Canada Post modernisation was “whittling away at economically stable elements” of the Corporation and effectively represented a move toward privatisation.

The minister, whose home town Winnipeg was the location for the start of postal strikes last Friday, avoided talk of privatisation yesterday, but insisted in his response: “We are working to ensure that Canadians receive the best possible postal service regardless of where they live.”

Postal Transformation is bringing in more automation to the Canada Post network, which the Corporation says will mean reduced manual sorting, 25% faster processing times, less downtime and should allow for a reduction in the number of Canada Post’s network of processing facilities.

The programme, which kicked off with a new $100m mail processing plant opened in Winnipeg last year, is expected to be completed in 2017 and bring $250m-a-year cost savings.

But union grievances over Postal Transformation have held a central part in the CUPW’s justification for continued strike action in recent days.

The CUPW said yesterday that Canada Post was continuing to refuse its demands for improved working conditions and for the Corporation to counter declining mail volumes with new non-postal services, rather than consolidation.

John Bail, National Director of the Pacific region for CUPW, claimed the consolidation of postal plants and the “convoluted” processes that have been created for the shipment and sortation of the mail meant service levels suffering.

He said: “In Victoria and Moncton, the public has suffered deterioration in postal service due to Canada Post’s changes to the way mail gets processed and delivered. We have been saying all along that these changes don’t make sense.”

With regard to continuing negotiations between the union and Canada Post over a new four-year collective bargaining agreement, the CUPW suggested last night that the Corporation had taken a “step backwards” in the last few days in efforts to reach a compromise, specifically on pensions, sick leave arrangements and the creation of full-time jobs from part-time roles.

There were some positive moves between the two sides, however, on working conditions for the processing of advertising mail, and a promise from Canada Post to study the potential of new financial services.