Royal Mail’s David Smith is to leave his post as chief customer officer to become managing director of struggling courier firm City Link. He will be joined by Parcelforce’s finance director Robert Peto, who will take up the same position at the parcel unit, owned by Rentokil Initial.

Alan Brown, the parent company’s CEO, made the appointments as he looks to turn-around the fortunes of the poorly performing City Link business.

Both will leave Royal Mail – the soon-to-be-privatised national operator – later this year.

Smith – who has spent nine years at Royal Mail – previously held the roles of managing director of Post Office Ltd and of Parcelforce Worldwide.

During his current role, which he has occupied since the end of 2010, Smith (pictured) was responsible for the commercial direction of the UK letters, parcels and international business. 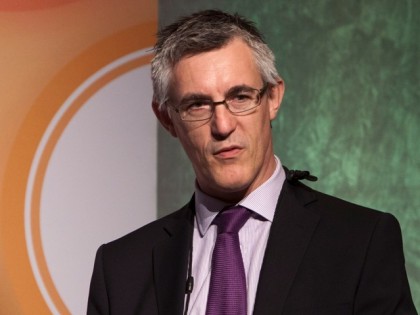 Smith speaking at the Mail & Express Delivery Show in April

Moya Greene, chief executive of Royal Mail Group, said: “We are all very sad to see Dave Smith depart as he has been a great executive for Royal Mail Group.  He has made very valuable contributions to the Post Office, Parcelforce Worldwide and the re-alignment of our structure to focus on our customers.”

A Royal Mail statement said “a comprehensive search will be undertaken for Dave’s successor and internal and external candidates will be considered”.

Peto has served as finance director of Parcelforce since 2006. He is billed as “a key member of the team driving the business turnaround, improving profitability through robust financial and operational management”. He has previously held positions at Geopost (UK) and Parceline.

City Link’s Q1 2011 performance was down £6.3m against 2010 levels, with Brown admitting that the financial performance of the courier firm was unlikely to improve until at least Q3 2011.

“The UK parcels market was particularly challenging during Q1. City Link will continue to deliver poor financial performance in Q2, but I anticipate an improvement in Q3 based on strong operational progress since February, plus major improvements in information technology and customer care,” he said at the time.