DHL Global Forwarding is targeting Indonesia’s energy sector as it announced the opening of two new offices in the country. It will open an office in Makassar this year and in Denpasar in 2012, in addition to the seven offices it has in operation throughout the country. The total of nine offices will complement the $3m facility opened at Jakarta’s Soekarno-Hatta International Airport in 2006.

The company wants to take advantage of the country’s economic development, especially in the fast-growing energy sector in the eastern parts of resource-rich Indonesia.

Amadou Diallo, CEO, DHL Global Forwarding, Africa & South Asia Pacific, told the World Economic Forum on East Asia this week: “Indonesia’s growth has been very consistent in recent years and we see this continuing steadily into the future, driven especially by the energy and natural resources industries. In 2010 alone, Indonesia’s energy sector alone accounted for 13% of domestic revenue, indicating growing business activity and trade in this area and in turn, a need for world-class transportation services to support this growth.

“Our investment in Makassar underscores the key role it plays in the energy and natural resources industry. Much of the industry’s growth is being driven by resource-rich provinces in eastern Indonesia and correspondingly, government investment and development is moving in that direction as well. The opening of our eighth office in Makassar will provide DHL Global Forwarding a gateway to service energy and mining companies operating in Kalimantan, Sulawesi and Irian Jaya. It will also enable DHL’s customers to benefit from its specialist expertise and experience built as a result of its involvement in these sectors on a global level over many years.”

Indonesia’s oil and energy sector has traditionally been a very important industry to the country’s overall economic development. Moving forward, the sector is set to become even more critical as it strives to fulfill Indonesia’s domestic energy demands which are growing at an average of 6% annually.

Sam Ang, CEO, South East Asia and Head of Oil and Energy for Africa and Asia Pacific, DHL Global Forwarding, said: “To meet the country’s oil and energy requirements, industry players need to have access to world-class logistics partners with global experience and reach. DHL Global Forwarding’s strength in this area is supplemented by our strong local leadership team, who are well-versed with the logistics services needed in Indonesia’s often complex and remote locations. And the success shows. DHL Global Forwarding entered the energy sector in Indonesia 2008 and since then, revenues from this sector have grown by about 40% annually.”

According to Welani Widjaja, country manager for DHL Global Forwarding in Indonesia, the company is already the forerunner in the provision of industry-leading logistics solutions for the pharmaceutical and electronics sectors in Indonesia. In addition to the oil and energy industry, DHL’s overall expansion plans will also allow it to better service fast-growing industry sectors like fashion and apparel, especially the small and medium enterprises (SMEs) within.

“DHL Global Forwarding is looking into ways to better serve the needs of Indonesia’s vital SME community that is not only fast-growing within Indonesia’s key sectors, but a key source of DHL’s growth in Indonesia. With continued liberalization of intra-Asian and global trade, we will likely see an increase in exports of textiles and garments from Indonesia. EU countries will remain an important destination – in 2010 alone, $11bn worth of Indonesian textiles and garments were exported to the EU. DHL’s extensive air, sea and land connections in and out of Indonesia and throughout Europe will continue to play a significant role in meeting Indonesian textile and garment producers’ export needs,” she said. 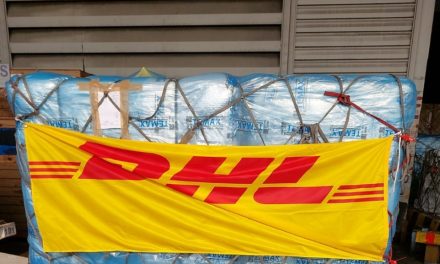 DHL: We are pleased to support Thailand’s next phase of managing the pandemic