DHL has bolstered its portfolio in South East Asia with the launch of a new direct Less than Container Load (LCL) service connecting Vietnam and Hong Kong. The new service – which will run weekly between Ho Chi Minh City and the port of Hong Kong – will give Vietnamese companies access to a further 12 major trading ports in North America and 11 in North Asia, as well as reducing transit times.

Ho Chi Minh is Vietnam’s largest city, its economic centre and one of the fastest growing ports in the region. Its port is estimated to have handled 4.2m TEUs in 2010, more than double the volume for 2007.

Last year Vietnam’s GDP reached $102bn and the country is forecast to become the fastest growing of the emerging economies by 2025 with a potential growth rate of almost 10% per annum.

Amadou Diallo, CEO, Africa and South Asia Pacific, DHL Global Forwarding, said: “The service provides our customers in Vietnam with a faster and more competitive ocean freight option for shipments to their trading partners in the US, Canada, China, Japan and Taiwan. With overall transit time now reduced by 3 days to just 7 days, this new service will enable Vietnamese exporters to compete more effectively on growing intra-Asia and Vietnam-North America trade lanes.”

DHL confirmed that the new service will be operated by Danmar Lines, the company’s in-house carrier.

Marc Meier, senior vice president, Ocean Freight & Head of Global LCL, DHL Global Forwarding, said: “With the introduction of this new service, we are granting our customers in Vietnam competitive edge with unrivalled coverage of more than 115  weekly point pairs from Hong Kong to the destination terminals in China, Japan, Taiwan, the US and Canada.”

The launch of weekly LCL services from Vietnam is one of many service expansions in Asia this year for DHL Global Forwarding. Earlier this year, the company launched LCL services between Chinese ports of Shanghai and Dalian to Hamburg, Germany, between Busan, South Korea and Manzanillo, Mexico, from San Salvador, El Salvador and Hong Kong, and between Singapore and Buenaventura, Colombia, with more in the pipeline such as Nhava Sheva to Durban. 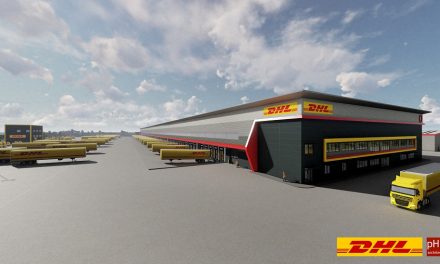