Postcomm made a number of changes to Royal Mail’s operating conditions today, on its final day as regulator of the UK postal sector. The changes have included the end of compensation for lost or damaged business mail sent through untracked services, and the reduction of claim periods for lost or damaged consumer mail from 12 months down to 80 calendar days.

Postcomm has also approved a trial initiative in which Royal Mail will leave packages too large for the letterbox with neighbours if a recipient is not home.

Royal Mail said the changes approved today would bring its terms and conditions more in line with its competitors. The operator has not announced a date on which the service changes will take effect, but promised to let customers know “in due course”.

Stephen Agar, Royal Mail’s director of regulated business, said: “The changes that have been approved better reflect today’s market. They are a step in towards creating a more level playing field between Royal Mail and other delivery companies. Royal Mail now awaits the outcome of an Ofcom consultation on future regulation of our company.”

From tomorrow, the regulatory baton for the postal industry passes to Ofcom, the UK’s communications industry regulator. 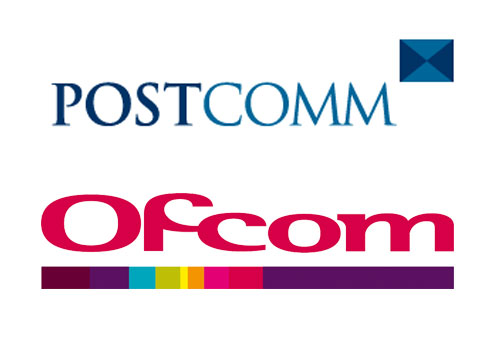 Royal Mail applied for the changes to its terms and conditions back in July.

Postcomm said today it had generally accepted Royal Mail’s proposals, with one significant alteration – customers will have 80 calendar days to claim compensation for loss or damage, rather than the 60 days originally proposed by Royal Mail.

Customers are being given three months’ notice of the changes to the arrangements, which will not apply to mail posted before the notice period is up.

Royal Mail said the changes “better reflect the way people use our service now”, stating that two-thirds of consumers already make their compensation claims within two months, and 90% within three. Claims made up to a year after an item has been posted are difficult to investigate.

The operator added that its rivals in the delivery market expect customers to make a claim within 28 days.

Other changes will mean business contract customers will no longer be able to claim compensation for loss or damage for items send through services that do not include tracking, such as Mailsort or Packetpost services. The changes will not affect consumers or small businesses sending stamped and franked mail and parcels.

“The changes are part of a process of bringing Royal Mail’s terms and conditions more in line with other delivery companies. Royal Mail will continue to provide a high level of service with minimum standards that are among the highest in Europe,” said Royal Mail.

Postcomm also said today that Royal Mail will be allowed to run a trial in which oversize mail, or items requiring a signature, can be left with a neighbour if a recipient is not home to receive it.

The regulator said consumers would be able to opt out of the trial, and Royal Mail would be required to run a publicity campaign at least a month prior to the start of the trial. Similarly, regulators and consumer watchdog Consumer Focus will be notified of the trial a month ahead of time.

The right to compensation for items lost or damaged in the trial will remain the same as items delivered in the rest of the UK, Postcomm said.

Royal Mail welcomed the decision, stating that it is the only delivery company in the UK not allowed to leave items with a neighbour.

The company said its research, from Tpoll, suggested the “overwhelming majority” of consumers support the delivery of undeliverable items to neighbours if they have the ability to opt out. Less than 4% were not in favour, it said.

National consumer watchdog Consumer Focus suggested a different picture earlier this month, with its survey suggesting more than half of people would not be happy sending a parcel knowing it might end up in the hands of neighbours.

Royal Mail is now finalising plans for the pilot, and said more detail will follow in due course.

“Customers in pilot areas will be informed of the initiative and given the opportunity to opt out of the delivery to neighbour scheme,” said Royal Mail. “The pilot will include Recorded Signed For letters which require a signature on delivery but Special Delivery mail is not part of the pilot scheme.”

Along with condition changes for Royal Mail, Postcomm also issued a decision statement today to update the Postal Common Operational Procedures Agreement, which states terms and conditions for regulating the whole postal sector, prior to the transfer of its powers to Ofcom.

The update is mainly administrative – for example, formally changing the name of the regulator – although “licensed” operators are now known as “regulated” operators under the new framework.

Ofcom issued its own statement yesterday detailing how it will adopt a postal regulatory framework from tomorrow, which under this summer’s Postal Services Act, is required to be substantially the same as the framework under Postcomm.

CWU: Postal workers can play a crucial role in keeping this country connected