Voters could hold key to future of America’s postal service

Mitt Romney’s pick for his presidential campaign running-mate has appeared to underline sharp partisan differences over US postal reform in this November’s elections, writes James Cartledge The US Postal Service has said direct mail could be one of the most effective tools for political campaigns to reach voters in this autumn’s election season.

As well as the high-profile Presidential election scheduled for 6th November, 2012, a third of the US Senate’s 100 seats are up for grabs on the same day, along with all 435 seats in the House of Representatives and the governorships of 11 US states and two territories.

And, the Postal Service said campaigns using mailpieces bearing two-dimensional QR codes during the rest of this month will be able to access a 2% postage discount under the USPS Mobile Barcode discount promotion.

The Postal Service is also advising campaign managers to make the most of today’s print-on-demand technologies that can personalise mailpieces for each recipient or group of recipients.

After a 25% drop in mail volumes in the last five or six years, the struggling Postal Service is in the process of major cutbacks to its mail processing network, as it seeks ways to reduce operational costs as it reaches its $15bn government debt limit, having this month already refused to pay more than $11bn in federal payments.

The plant consolidations will come to a halt by the beginning of September 2012, in part to ensure that any voting by mail is unaffected by service changes that go alongside mail plant closures.

Meanwhile, to survive in the long-term USPS executives have said they still desperately need comprehensive postal reforms from Congress.

It is thought possible that major postal reforms could get pushed through Congress in the “lame duck” session between the November elections and the official start of the next Congressional term in January.

Otherwise, changes in the make-up of Congress or the US Presidency itself could have major implications for USPS and the state of the US mail system.

At present, the US House of Representatives is controlled by the Republicans who are keen to see major cuts imposed on USPS by a commission they would establish. They would also end Saturday deliveries immediately, and allow the breaking of layoff protections in postal union labour contracts.

The House Republicans have agreed a postal reform bill in committee , but have failed to pass the bill this year. They are also generally opposed to the return of billions of dollars worth of USPS pension overpayments, which they see as a “bailout”.

However, the Democrats have control of the US Senate, and they prefer an approach in which fewer cutbacks are required, with USPS pension and healthcare financing arrangements restructured to impose less of a burden.

The Senate, which passed a bipartisan postal bill back in April, wants to see a two-year moratorium on eliminating Saturday deliveries until it is shown to be absolutely necessary once other ways to improve USPS finances have been implemented.

Postal reform ground to a halt in Congress this year, with the House Majority stating firmly that they would not pass the Senate’s bill, and the Senate voting against a proposal similar to that in the House back in April.

With bills generally requiring the support of both Congressional chambers to pass, a change in control of either the House or Senate could sway the shape of any successful postal reforms. 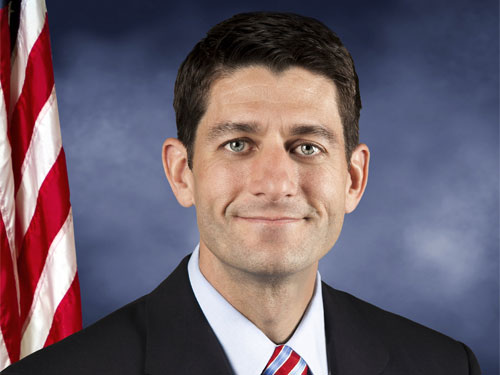 US Congressman Paul Ryan is on the Romney ticket for this November’s Presidential campaign, and has supported major cutbacks at the US Postal Service

If and when comprehensive postal reform legislation gets through Congress, it can then be signed off – or vetoed – by the President.

President Obama’s policies and proposals have suggested the White House currently favours the current Senate postal reform proposals, and would potentially veto a bill in the form of the House Republicans’ proposals.

US media are reporting today that voter polls are putting Obama and Romney in a “dead heat”, with Obama slightly ahead in the opinion of voters, but the difference between himself and Romney within the standard margin of error.

As far as the Postal Service is concerned, the move could indicate that a Romney White House would be supportive of postal reform proposals that follow those of the current House Republicans.

Ryan is known as a firm believer in cutting back the federal budget, and has previously come out strongly in support of current House Republican proposals to set up a commission to force cutbacks in the Postal Service.

The vice presidential candidate issued a statement last year to support the House Republican bill, HR 2309, as led by Oversight Committee Chairman Darrell Issa. Ryan actually backed the formation of two bodies – an Authority and a Commission – to lead the restructuring of USPS above the heads of postal management, saving USPS potentially billions, while also removing “several legal hurdles” to USPS cutbacks.

Ryan argued against the Democrats’ proposals, describing the billions in USPS pension overpayments as based on “a hypothetical formula” that “was never actually agreed to”.

“The USPS is a proud institution that provides vital services and employs thousands of hard-working Americans,” said Ryan, who has now been thrust into America’s political limelight by his selection by Romney. “Any efforts to reform the USPS must ensure solvency for the agency and the benefits of its retirees and must modernise its structure in order to adapt to 21st Century communications practices.”

Although there have been calls for USPS privatisation in recent weeks, even if the Republicans win political control in Washington, such a prospect still seems unlikely such is the public support for a federally-owned Postal Service.

However, a Republican win could mean clamping down on union powers, and a more radical approach to matching the capacity of the US mail networks to declining mail volumes, with the Postal Service – and therefore postal ratepayers – continuing to pay more than its share for pension and healthcare liabilities, as Congress demanded back in 2006 when the organisation was making record profits.