Royal Mail has joined a national safe driving initiative run by the Royal Society for the Prevention of Accidents. The National Safe Driving Award Scheme involves the British safety charity holding records for all drivers taking part, who are then given certificates after certain lengths of time if they avoid accidents.

The initiative can also be linked to bonuses or other rewards for drivers to encourage safe and responsible driving.

The British postal operator will be piloting the initiative in the Hereford and Birmingham areas of central England, with about 263 drivers ranging from ages 18 to 65 taking part.

RoSPA said Royal Mail was making a commitment to managing and reducing the risks faced by its fleet drivers while out on the road by joining the scheme.

The charity said Royal Mail’s commitment to road safety came as it was changing its delivery structure so that many of its delivery workers share a van, instead of using their own cars.

The number of Royal Mail vans on the road is also set to rise.

Rick Wood, head of training in RoSPA’s driver and fleet solutions department, said a third of all crashes involve someone driving for work purposes.

More than 600 road deaths in the UK last year were linked to vehicles bring driven for work purposes.

Wood said: “For many people, driving is the most dangerous thing they do for work and the NSDA scheme is an extremely effective way of encouraging and rewarding safe and responsible driving.”

Paul Gatti, Royal Mail’s logistics director, said his company had introduced a number of initiatives to support its commitment to the safety of its drivers and the public.

“The RoSPA National Safe Driving Award scheme is a way of acknowledging and rewarding those drivers who demonstrate their equal commitment to this culture, and we look forward to seeing the continually improving results.” 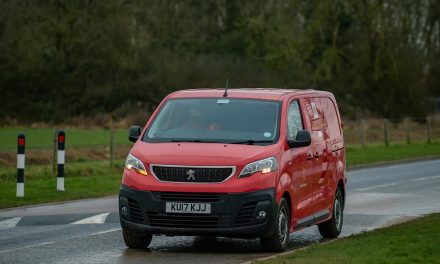 Royal Mail: this state-of-the-art parcel hub will allow us to seize the market opportunity