Warnings of delays as US East Coast awaits “Frankenstorm”

The United States is once again battening down the hatches in expectation that a major hurricane will hit the East Coast, with mail and express delivery companies warning of delays to shipments. Hurricane Sandy, which is being dubbed “Frankenstorm” because it is predicted to collide and join a separate storm system moving in from the west, is due to hit land in the country’s most heavily populated areas.

The category one hurricane is already prompting transport system disruptions, including cancellation of more than 7,200 flights in and out of East Coast airports.

Businesses and schools are being shuttered in the area, with the US stock exchanges including the New York Stock Exchange and the Nasdaq suspending trading.

Transport could also be affected if Hurricane Sandy disrupts the eight oil refineries that operate on the East Coast, including six in the New Jersey and Pennsylvania area.

Mail and express operators were monitoring the progress of the storm over the weekend and preparing their facilities and employees in the projected path of the hurricane.

The US Postal Service said yesterday that its transportation contractor FedEx was canceling transport to various locations on the East Coast on Monday – including Baltimore, Boston, Philadephia, Newark, New York, southern New England as well as locations further inland around the Washington DC area and Pennsylvania.

Commercial customers of USPS were being warned of “major flooding, high winds and power outages throughout the East Coast”.

A contingency plan is in place for users of the PostalOne business mail acceptance system, with a manual process set to be available in areas where the electronic system cannot be used.

FedEx said it was closely monitoring Hurricane Sandy, and that it had contingency plans in place both to ensure staff safety and minimise the impacts of the storm on services.

“These storms can cause pickup and delivery delays and disruptions for FedEx customers in affected areas,” the company said yesterday. “FedEx is prepared to provide service to the best of our ability in areas affected by Hurricane Sandy and as local conditions allow.”

Customers were being encouraged to contact delivery recipients to verify whether their location was open or able to receive deliveries before and after the hurricane.

Shipments that are not delivered due to transport disruption would be stored securely at a Fedex facility, the company said, adding: “Delivery will be attempted when it is safe to do so.”

Last year a similar area of the East Coast was hit by Hurricane Irene, which brought with it severe flooding and power outages that affected some areas for many weeks. That storm did not cause major damage to oil refineries. 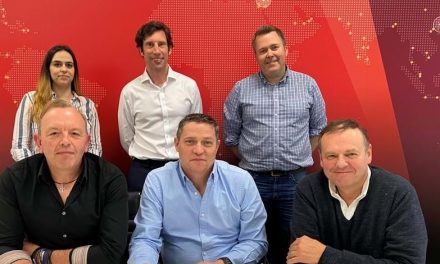