Deutsche Post is facing a fresh investigation by regulators in Germany, this time over claims that it has been offering below-cost prices for its bulk mail services. The probe was launched yesterday by the Bundeskartellamt – the German Federal Cartel Office – prompted by complaints by some of Deutsche Post’s rivals in the letter market, whom the agency did not name.

The Bonn-based agency said Germany’s universal postal service provider was being accused of hindering competition in the letters market through discounts being offered to large volume mailers including banks, health insurance companies or telecoms firms.

The Cartel Office has now written to a number of German bulk mailers to seek information on the case.

Andreas Mundt, president of the Bundeskartellamt, said: “The accusation is that the prices which Deutsche Post charges major customers for posting letters are not covering its costs.

“In the proceedings we will examine whether Deutsche Post is using a cut-price strategy to squeeze out its competitors out of the market or prevent potential competitors from entering it.”

Mundt said if the suspicions were confirmed, it would mean Deutsche Post was abusing its dominant position in the market – using its large size as universal service provider to absorb the costs of a loss-making service in order to lock rivals out of the market.

Back in May, the Federal Network Agency ordered Deutsche Post to make sure bills and statements were not being sent out under lower-cost advertising mail rates in the Infopost bulk mail service, after investigating concerns that to do so was effectively offering below-cost delivery for transactional mail.

Cartel Office has nothing to do with the Federal Network Agency’s probe into bills/invoices being accepted as Infopost shipments.

However, the company told Post&Parcel today that with the Cartel Office investigation launched yesterday, it could not comment on the claims in detail.

Spokesman Dirk Klasen said: “We were informed by the Federal Cartel Office about the beginning of an investigation yesterday.

“The Federal Network Agency has already investigated the commercial conditions and especially the rebates regarding so-called downstream access intensively and comprehensively in the past. As a result, it has approved the daily practice of Deutsche Post without any restrictions,” insisted the Deutsche Post spokesman.

Deutsche Post had its bulk mail rates and conditions approved by the Federal Network Agency back in the 1990s, while previous price-dumping allegations concerning the Post’s downstream access rates were dismissed by the Agency in April 2007.

Deutsche Post said in its 2011 annual report that it currently has a 63.7% share of the EUR 4.3bn domestic business mail communications market in Germany, according to company estimates.

The market has been shrinking slightly each year (it was EUR 4.6bn in size in 2010) with competition from Internet communications, while in 2011 Deutsche Post’s market share declined from 64.4% to 63.7%.

The Post’s business transactional mail volumes remained stable in 2011 compared to the year before, but advertising mail volumes fell 1.3% year-on-year, led by a 4.2% drop in unaddressed mail volumes. 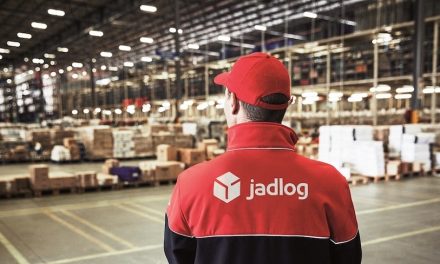