Future-gazing in the US and Global Postal Industry 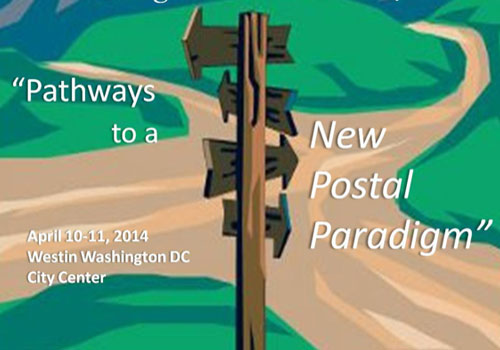 James Cartledge speaks to John Callan, founder and organizer of the PostalVision series of conferences, about next month’s event and the ideas it will offer up for the future of the postal industry. What will the future look like for the postal industry? A group of thought leaders gathering in Washington DC next month suggest it will take the form of networks of unmanned aerial drones buzzing through our skies, picking up parcels from e-retailers to deliver direct to the doorstep.

Meanwhile, the humble letter will form part of a sophisticated digital world of secure online communications that brings together government, business and consumers to finally realize the kind of paperwork-free society that was promised decades ago.

Pie in the sky predictions, or realistic forecasts? April 10 and 11 plays host to the fourth annual PostalVision 2020 event, which brings together both postal and non-postal pioneers, experts and visionaries.

The event’s central tenet is to look further ahead than other conferences in the postal sphere, to look beyond what is happening in the next few years to what will happen in the next few decades — and not just within the postal world itself, but communications and logistics in society at large.

This year’s event takes the theme “Pathways to a New Postal Paradigm”, and the pathways identified as being of particular significance are parcel delivery and digital communications.

After a couple of years in which the PostalVision event has become tied to the shorter-term ideas for how to save the US Postal Service from its current plight, this year’s agenda aims to move beyond this.

John Callan, the managing director of consultancy Ursa Major Associates, the founder and organizer, believes there is little point in the event discussing the kind of reforms that Congress was debating when PostalVision was founded, and is continuing to debate this year having failed to achieve anything at all.

It is a return to the original idea for PostalVision, despite the temptation to follow on from last year’s Congress-engaging line-up that even saw postal reform leader Senator Tom Carper making a keynote address. 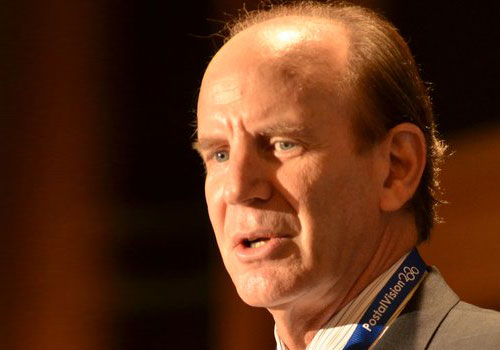 Callan himself presents a hopeful but not necessarily optimistic tone regarding what is going on at Capitol Hill, but he is keen to get the blue skies thinking of PostalVision back into the blue skies.

“I determined fairly early on that we would not spend much time on reform and issues with the legislative agenda,” he says of this year’s agenda. “Frankly the legislators have pretty well taken their own positions and decided what they want to do, and if we have discussion about it, it won’t have much impact.”

Instead, this year’s event emphasizes the opportunities for the postal sector and the creative entrepreneurial view of what postal communications could mean “beyond the horizon”.

Callan concedes that four years in, PostalVision needs to consider changing the dateline that forms part of its name. “We’re definitely looking beyond 2020,” he says. As well as looking further forward in the future of the postal business, the event this year is also attempting to engage with the younger generations who will form the future of this industry.

“This year we’re consciously trying to get more of a Millennial input. We’re encouraging entrepreneurs to come up with ideas and we’re going to showcase some of them,” Callan explains.

This year’s PostalVision devotes the first day to discussion of parcel delivery, a key area of growth for the US Postal Service at the moment, along with posts around the world, and an area that few would deny offers growth for many years to come.

In the first PostalVision event four years ago, Google determined that if it was running the US Postal Service, it would focus on the business of parcel delivery, building on the unique asset of the established postal delivery network. The search-engine giant insisted at the time that it wasn’t looking to get into such a business, although it has somewhat gone back on that assertion in the few years since as it looks to compete against the likes of online retail giant Amazon.

This year, PostalVision hears from another Internet heavyweight, eBay, which provides its policy lab guru Brian Bieron to discuss not only the opportunities for e-commerce in the United States, but globally.

Callan says eBay as a business has the “wherewithal, the thinking, the technology” to transform delivery across the world, but he notes that the company still has a major interest in what happens to the US Mail.

“They’ve come at this from a unique perspective, as dependent upon USPS, because there’s so much point to point delivery in the business — small operators who sell something out of their house to somebody, the natural delivery partner is the Postal Service,” he explains.

eBay itself has been moving further into the delivery side of the business recently with its eBay Now same day delivery service, and last year acquired UK same day courier aggregator Shutl just as it launched its model in the United States.

Callan also notes that the eBay business is looking to grow its seller marketplace more broadly, just as Amazon is, and doing so globally.

For an event that has, and will continue to focus on the United States and the pathway that the US Postal Service might take, this year’s PostalVision does have more of a globalist nature — doing more to learn from the experience of other nations than in previous years.

“We’re focussed on trying to help USPS and our country reinvent the postal ecosystem for ourselves, but we realize that our country is part of a global village,” Callan says. “We realize that there are some great examples to look to overseas who have been allowed to liberalise their postal market and transform or reinvent themselves.”

USPS: delivering ballots entrusted to the Postal Service is the organisation’s top priority

Postmaster General to Meet with Election Committee of Secretaries of State 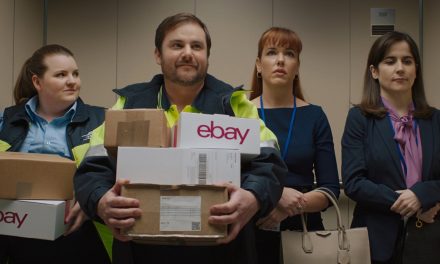