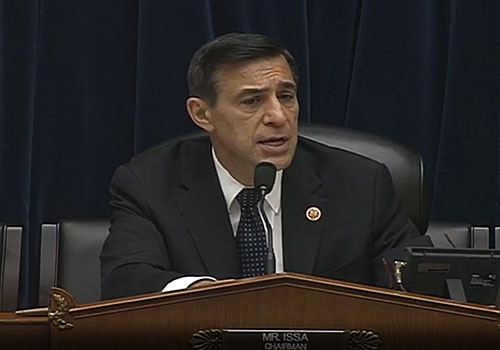 The Oversight Committee of the US House of Representatives approved a bill yesterday that would end doorstep delivery for about 15m households in the United States in the next decade. The move, which would echo the strategy already being implemented across the border in Canada, could save the US Postal Service about $2bn in operating costs each year according to the Republicans who control the House.

It would require those homes receiving mail at the doorstep to have items delivered either to a roadside mailbox or a community mailbox.

The Secure Delivery for America Act (H.R. 4670) was passed by the committee along party lines yesterday, and now requires a vote by the full House of Representatives.

The bill is not the comprehensive postal reform that the US Postal Service has been craving for so many years, while its cumulative annual losses have reached well into eleven figures.

But it is thought that Congress could have a better chance of passing crucial postal reforms through a strategy that is not all-or-nothing.

House Republicans said the bill would achieve some cost savings without ending Saturday mail delivery, which has been opposed by Democrats.

The Oversight Committee chairman Darrell Issa said yesterday that the bill was a step towards helping the Postal Service cut its operating costs.

“While the Secure Delivery for America Act will not replace a comprehensive overhaul that the United States Postal Services requires to become financially solvent, it provides an interim opportunity to achieve some significant cost savings,” said the Republican Congressman from California.

“Modest moves away from door delivery to secure clusterbox and curbside delivery would save the Postal Service billions while offering customers new benefits.”

The oversight committee’s majority party said it costs the Postal Service $380 a year to provide a single address with doorstep delivery, compared to $240 for curbside delivery and $170 for delivery to a community mailbox.

The committee said at the moment, 55m addresses in the US have kerbside service, 40.5m addresses use a centralised mailbox, and 37.7m addresses have mail delivered to the door.

The committee’s bill would convert about 1.5m homes away from doorstep delivery each year over 10 years. Residents with mobility issues who need doorstep delivery would receive temporary or permanent exemptions from conversion.

Yesterday, mail industry group the Association for Postal Commerce (PostCom) wrote to Issa to give its backing to his bill.

He also backed the oversight committee in seeking to pass postal reform one step at a time, rather than all at once.

Del Polito said: “Comprehensive postal reform has proven to be a tough row to hoe. Addressing reform in more palatable bits and bites might prove a more successful way to enact reform measures that are needed to ensure the preservation of a cost-efficient, universal mail service without the encumbrances so often associated with the many wants (unaffordable as they may be) that are often the focus of others.”

The postal unions have been continuing to oppose the Oversight Committee’s proposals for reform.

The National Association of Letter Carriers described the bill as “irresponsible”, with its president Frederic Rolando stating that it “simply ignores reality”.

Rolando said the bill “misses the point” by failing to address the congressional mandates for the Postal Service to pay billions to the federal government each year to fund future retiree healthcare benefit liabilities.

He said instead, the Secure Delivery for America Act was cutting mail services in a move that would “inconvenience millions of Americans and small businesses”, driving revenue out of the system.

“Lawmakers should fix what they broke, not break what’s working,” said Rolando.

The National Association of Postal Supervisors said that as well as failing to address the “massive burden” the Postal Service faces from its pre-funding mandate, Congressman Issa’s bill provides no funding for the Postal Service to install hundreds of thousands of curbside mailboxes and centralised community mailboxes.

“At the current time, all new residential development construction provides for the installation of centralised mail delivery, and there are voluntary provisions for the conversion of door and curb delivery to centralized delivery. This should remain the governing approach until Congress musters the will to undertake comprehensive postal reform.”