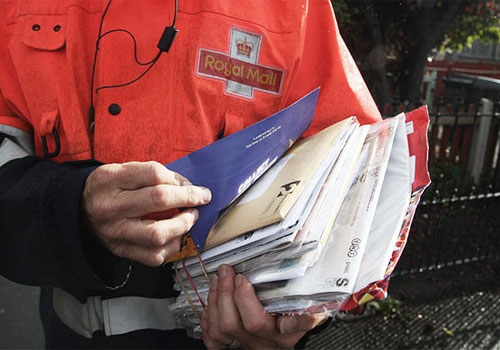 Royal Mail has again called on postal regulator Ofcom to review the “threat” that competition poses to the UK’s universal postal service. The company issued a formal evidence submission to Ofcom today calling for an immediate review of the impact that TNT Post UK’s new last mile delivery service is having on the economics of the one-price-goes-everywhere universal service.

Royal Mail said its rival’s plans to expand end-to-end mail delivery services to about 42% of UK addresses by 2017 would hit its revenues by about £200m a year.

And, the company said its analysis of the UK market suggested that TNT Post could be tempted to push for a much wider roll-out for its service than the ambitions disclosed in its current plans, with suggestions that it is already expanding faster than planned.

In calling for Ofcom to bring forward its planned 2015 review of the universal service, Royal Mail warned that it would be “far more difficult” for the regulator to deal with the situation once full end-to-end mail delivery competition is established in the UK, rather than set safeguards for the universal service ahead of time.

“Direct delivery competition has developed significantly since Ofcom last substantively reviewed the position,” said Royal Mail, adding that its rival’s success in establishing itself as a direct delivery operator were apparent from its local market share in areas where it operates.

“Royal Mail calls upon Ofcom to undertake a full review of direct delivery as a matter of urgency; and, simultaneously, to determine quickly the regulatory changes needed to protect the Universal Service.”

Responding to the comments from Royal Mail, an Ofcom spokesperson said: “We will consider the report Royal Mail has given us carefully. Protecting the universal service is at the heart of Ofcom’s work, and our current evidence clearly shows that the service is not currently under threat. We would assess any emerging threat to the service quickly, in the interests of postal users.”

In its submission, Royal Mail insisted that the addition of TNT Post’s service was not providing the benefits usually associated with competition because it was “cherry picking” only the most profitable delivery routes, offering less frequent delivery and limiting services only to business mail.

Offering delivery every other day, rather than the six-day-a-week requirement for the universal service, offers a 40% cost advantage for TNT Post, according to Royal Mail’s claims.

“These cost advantages allow direct delivery entrants to set lower prices. It is difficult for Royal Mail
to match this. Therefore, it would be expected that direct delivery entrants will be able to increase
their market share significantly over time,” the company told Ofcom, adding that the cost advantage for TNT Post surpassed Royal Mail’s own advantage from having its universal services exempt from VAT.

“There is no natural ceiling to direct delivery entrants’
growth of volume shares in the areas which they choose to enter. We can respond to direct
delivery through limited cost reductions in delivery, linked to reduction in workload, but these are
constrained by our obligations under the Universal Service Obligation.”

In its submission to Ofcom, Royal Mail said the way the UK has set up its downstream access postal market — where rival mail firms can collect and sort mail before handing it to Royal Mail for final delivery — means that the threat of end-to-end mail delivery services to the finances of the universal service are greater than in other European countries.

It said companies like TNT Post were now set up to easily switch business mail volumes from its downstream access business to its new end-to-end delivery business, eroding Royal Mail’s business as a result.

The UK’s universal service is also particularly at risk from being undermined by cherry pickers because large parts of the country are “deeply rural and costly to serve”, Royal Mail said.

The Communication Workers Union, which represents more than 115,000 employees at Royal Mail, backed the company’s call for Ofcom to bring forward its review of the direct delivery market.

Dave Ward, the CWU’s deputy general secretary, said it was Ofcom’s primary duty to protect the universal service, so it will have failed in its primary duty if it did not carry out the review immediately.

“The ability of TNT to be able to choose when, where and what they deliver has a profound impact on the sustainability of the universal service. Not surprisingly, TNT is cherry-picking big city deliveries only, where profits are maximised,” he said.

“This is unfair competition with little benefit to customers or the British public. In a shrinking letters market having two posties following each other up the same garden path is inefficient.”