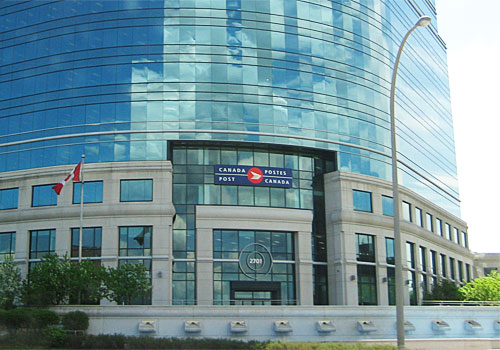 Canada Post said it made a $194m pre-tax profit last year, turning around the $125m loss made in 2013. Including its group companies, the Group as a whole made a $269m pre-tax profit in 2014, compared to a $58m loss the year before, according to the company’s latest financial results.

The state-owned postal service in Canada said the turnaround came thanks to “strong” growth in the parcels business, increased letter prices and lower benefit costs for employees.

Unions questioned the need for Canada Post to continue removing doorstep collection services in favor of community mailboxes given the improvement in results.

But Canada Post said the results only showed the “significant progress” being made in its Five-point Action Plan launched in 2014 to respond to the dwindling fortunes of its letters business.

The company said it was “encouraged” by the plan to realign the business towards the increasing need for parcel delivery and declining use of paper letters. It said the sustainability of the postal service could only be achieved by completing the plan.

Parcel revenue for Canada Post’s biggest 25 e-commerce customers grew by almost 30% compared to 2013, driving the improvement in the Group’s results.

It meant that in 2014 Canada Post generated more than $1bn in revenue from its domestic parcels service for the first time. Including international parcels, Canada Post saw its total parcels revenue grow by $120m in the year, to $1.5bn.

Meanwhile, transactional mail volumes — letters, bills and statements — fell by 5.2% year-on-year, or 214m pieces, during 2014. It meant that letter mail volumes have now fallen by 28% since 2006 at Canada Post.

The company said that its new tiered pricing structure launched at the beginning of the second quarter of the year offset the financial impact of the falling volumes, growing transactional mail revenue by $238m, or 8%, during the year.

Company results as a whole were helped by a $181m non-cash reduction in its employee benefit costs compared to the year before. Canada Post explained that this was the result of strong returns on its pension assets during the year.

The Canadian Union of Postal Workers (CUPW) said on Friday that the “massive” profit achieved by Canada Post last year was $555m more than projected in the company’s corporate plan.

Denis Lemelin, the CUPW national president, said it was “affirming news” for members.

“Postal workers are justifiably proud to perform a valuable, profitable public service. Now if only Canada Post’s executives could see how clearly it shows that there’s no need to cut door-to-door delivery for millions of families,” he said, referring to the cost-cutting measure contained within Canada Post’s Five-point Action Plan.

“Conversion to community mailboxes only began in 2014, under the spectre of huge financial losses that are just not happening. These cuts haven’t contributed meaningfully to cost savings, and it’s been nothing but problems for seniors, people with disabilities, and victims of increased mail theft.”