A Switzerland-based activist investor, Lakestreet Capital Partners AG, is called for John Menzies to separate its Aviation and Distribution divisions in order to unlock more value in the group. Lakestreet, which started buying shares in John Menzies last year and now holds a 3% stake, has argued that Edinburgh-based group is “dramatically undervalued” because it has two “non-synergistic businesses” under one umbrella.

John Menzies, which cuts its full-year dividend by almost 40% in March following a drop in profits, currently has a market capitalisation of about £235 million. However, Lakestreet believes that “if Menzies Distribution and Menzies Aviation were to be valued on a stand-alone basis, the enterprise value of John Menzies could be in the region of £525 million”.

Lakestreet, which was founded in April 2014 by chief executive Valentin Pierburg and chief investment officer Christian Kappelhoff-Wulff , has said that it will continue its discussions with senior John Menzies management ahead of the company’s AGM in Edinburgh on 15 May.

Established in 1833, John Menzies is one of the world’s leading aviation services groups and also shares the UK newspaper and magazine distribution market with The Connect Group (formerly known as Smiths News).

In March this year, the company revealed that it was considering plans for delivery parcels and goods for e-commerce companies as a way of getting more value out of its UK distribution network.

Chief executive Jeremy Stafford, who joined John Menzies in October, commented: “Clearly the distribution of e-commerce goods is growing very rapidly. We recognise that we use our assets very intensively through the night but we have some capacity during the day. So we think we have an opportunity there.

“Through our marketing services business we have a successful fulfilment business for catalogue e-commerce operators so we think we can scale that.

“We also have a bias in our footprint to the more rural areas. Whilst e-commerce was very much led in the urban areas by early adopters we are seeing fast growth in rural areas and are looking at how we can play a part in that too.” 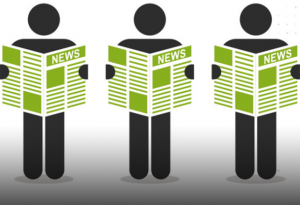