Deutsche Post DHL Group has announced that, “despite a challenging market and competitive environment”, the Group “still expects that 2015 will be another year of growth” – and e-commerce is a “strategic priority”. At today’s (27 May) Annual General Meeting in Frankfurt, the company confirmed its targets for 2015, 2016 and 2020 and CEO Frank Appel commented: “We increased both revenue and operating profit once again in 2014. And we managed to do this despite only modest growth of the world economy. We achieved our targets and kept our promise.

“Moreover we have big plans for this year and beyond,” added Appel. “We are laying the foundation for the future: With our Strategy 2020 we have set our priorities for the coming years.”

As reported by Post&Parcel earlier this month, Deutsche Post DHL Group achieved revenues of EUR 14.8 billion for the first quarter of 2015, up 8.8% on the same period last year, and its figures were boosted by “dynamic growth in revenue and volumes” in the international express and German parcel business.

At today’s AGM, CEO Frank Appel said that this was a “moderate start to the year” but the company is still aiming for the targets for full-year 2015 that were announced in March.

In its official statement about the AGM, Deutsche Post DHL Group said that the current financial year “marks a transition” from the Strategy 2015 to the new Strategy 2020, which it described as “an evolutionary step and based on three pillars: A focus on existing strengths, enhanced quality through improved interconnectedness and expansion through new growth drivers”.

The company added that the “booming” e-commerce business and global growth markets have “strategic priority”, which is why it is pressing ahead at with “further internationalization” of the parcel business.

“We want to be the global market leader in logistics for e-commerce,” said Appel. To achieve this goal, he added, the Group is exporting the model of its DHL Parcel business in Germany to other markets, and the DHL Express division is continuing to make significant investments in the maintenance and expansion of its global network.

The company said that it was focused on “investing significantly in the optimal positioning of its businesses”, even if this means doing so “at the expense of short-term profit gains”.

“An important step in this regard,” said the company, “is the reorganization of DHL Global Forwarding, Freight, which requires substantial expenditures and binds resources.”

The company statement added: “The wide-ranging internal changes and investments in the future will temper the Group’s earnings gains in the current year. For the following years, however, Deutsche Post DHL Group expects the earnings trend once again to be considerably more dynamic. For 2016, the company is maintaining its forecast of a rise in EBIT to between EUR 3.4 billion and EUR 3.7 billion. In the period from 2013 to 2020, the target year of the new strategy, operating profit is expected to rise annually by more than 8% on average.”

“Given the solid earnings trend in financial year 2014 and their confidence in the Group’s future prospects, the Board of Management and the Supervisory Board have proposed to today’s Annual General Meeting a dividend of EUR 0.85 per share, which represents a 6% increase compared with the previous year,” said the company statement. “The proposed dividend corresponds to a payout ratio of 50% of net profits. The ratio is exactly in the middle of the announced 40-60% target range.” 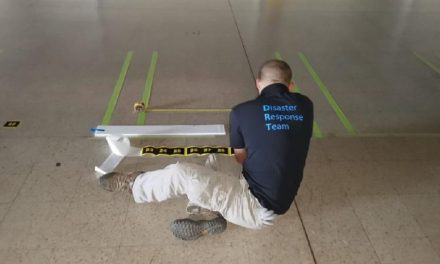