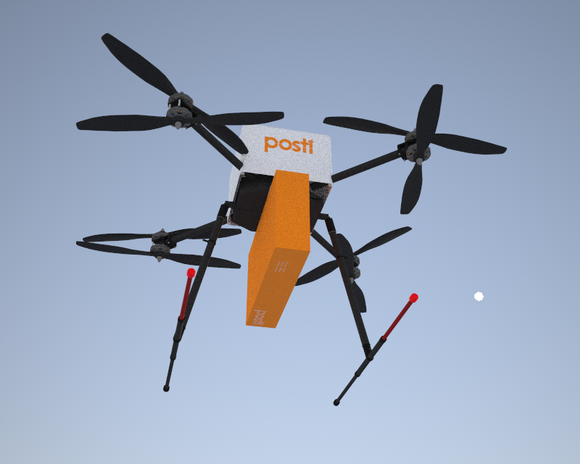 The Finnish postal services provider, Posti, will launch an experiment on 2 September which will test the use of drones for package delivery. According to Posti, this will be the first time in Finland that a drone will be tested for delivery and transport purposes, and it will also be the first time in Europe that a delivery drone will take part in a test in a “populated urban environment”.

The drone will fly from the mainland to the “sea fortress island” Suomenlinna, outside Helsinki.

“After the test the drone will operate between 2 and 5 September and transport parcels, which are suited for the experiment, to recipients in Suomenlinna,” added Postil. “Only parcel deliveries will be tested while other postal items such as letters, newspapers and magazines will be delivered using the normal sea route.”

The drone used “has been especially developed for Finnish conditions”, said Posti, and the test system will be operated by Sharper Shape Oy.

On 1 September, Posti will be demonstrating the technology to the media at an event that Anne Berner, Minister of Transport and Communications, will be attending.