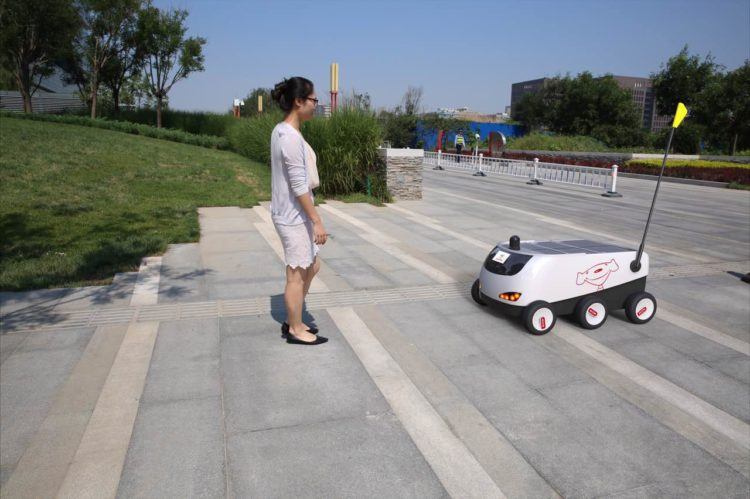 Starship Technologies has recently captured headlines worldwide with the news that Swiss Post and Hermes will be running pilot trials with its land-based delivery robots – but now it appears China’s e-commerce giants are working on their own land drones. According to local news sources, both JD.com (China’s second-biggest e-commerce platform) and Cainiao (the logistics arm of the online number one, Alibaba) unveiled their own autonomous delivery systems yesterday (1 September).

JD.com’s roadster is a metre-long six wheeler with six parcel lockers and an onboard navigation system.

Cainiao’s robot is a taller, stand-up model: about a metre high with capacity for 10-20 parcels.

Sources report that JD.com hopes to put its vehicle through a pilot test in October, with a view to bringing it onto large-scale commercial use next year. As previously reported by Post&Parcel, JD.com has been spreading its bets by testing flying drones too.

The Cainiao robot is said to be still undergoing testing at Alibaba’s Hangzhou facilities, with no disclosed production plan.

An article publishing on TechInAsia today also reported that JD.com is working on a larger driver-less delivery vehicle (which will be more like a car than the vacuum cleaner-like land delivery drones we are seeing at the moment) – but no more details were forthcoming on this project. 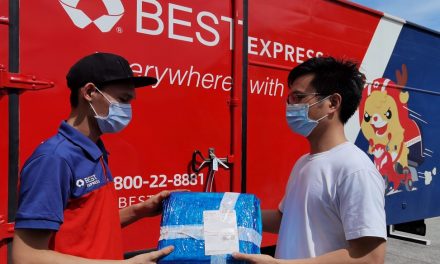 Alibaba: Despite these unusual times, we remain focused on the long term