DPD Germany has reported that it has had a “record breaking” Christmas and a “boom” in returns this season. According to the company: “Many consumers did their Christmas shopping early this year, as a result of which the record volumes were distributed more evenly across the holiday season. For DPD the day with the largest quantity of parcels was 20 December, on which the company shipped 2.06 million parcels throughout the country. During peak times the DPD drivers were delivering more than 300,000 parcels an hour to both private and business consignees. Compared to the 2015 Christmas season DPD registered a 15% growth in volumes and – at around 10% – parcel quantities once more showed a double-digit increase on the average for the rest of the year.”

DPD added that the number of returns also rose significantly in December, and it expects that post-Christmas return shipments will continue to rise up to the middle of January.

“For January as a whole DPD expects up to 40% more returns than during a normal average month. The reason for this is the boom in e-commerce: growth on the parcels market is being driven above all by shipments to private consignees,” said DPD. “For some types of goods within the B2C segment the return figures are very high, with the HDE and IfH Cologne organisations reporting that in the clothing field around 57% of shipments are returned to the shipper.”

DPD also provided some interesting insight on German consumers’ delivery preferences : “In the pre-Christmas period the most popular delivery option was the so-called ‘deposit okay’. This enables consignees to specify that their shipment should be left in a safe place, for example in the garage or garden shed. Further alternatives are delivery to a parcel shop, to a specific neighbour or to the consignee’s place of work. In contrast there was a decline in the number of consignees selecting a different date for a further home delivery – before Christmas only 17% of consignees opted for this possibility.”

Interestingly, DPD said that it has continued to see a surge in customers choosing the parcelshop option.

“Compared to the 2015 Christmas season the volume of parcels handled by the company’s Pickup parcelshops once more rose by around 50%,” said DPD. “The main reason for this development is that the parcel shops are playing a steadily rising role as an alternative delivery and pickup point.” 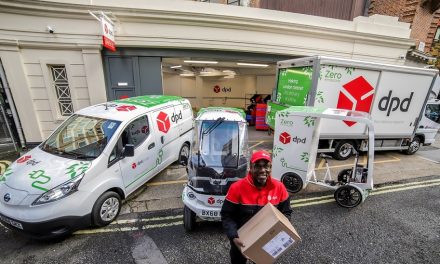 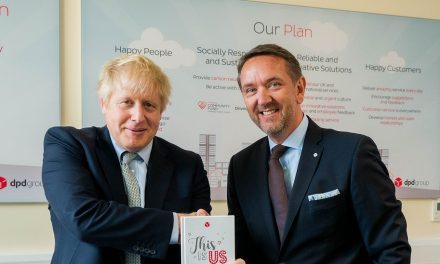 DPD: leading the drive to a greener, more sustainable future