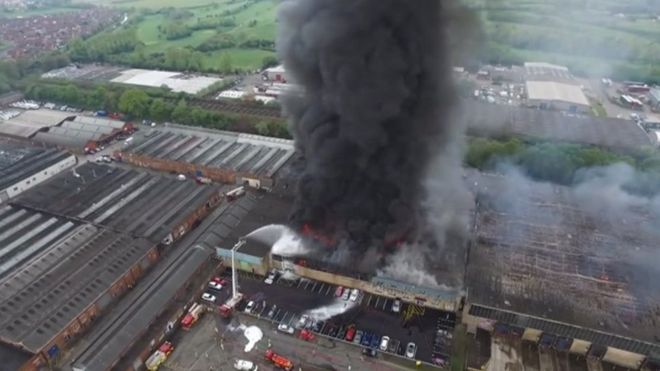 Fire crews were called to tackle a blaze at ArrowXL’s warehouse in Worcester today (20 April). The fire has been described by the fire service as a “major incident”. However, ArrowXL has released a statement saying: “The 200,000 sq ft building has been evacuated and all colleagues have been accounted for and are safe and well.”

There are normally around 150 to 200 staff based at ArrowXL’s Worcester hub at any one time, which handles deliveries for Midlands and South West.

ArrowXL said that a “disaster recovery plan is in place” and “plans are being finalised for our customers to move operations from Worcester to a group owned site.”

ArrowXL’s Worcester hub has been operating since 1994. It is one of four hubs and 17 satellite bases.