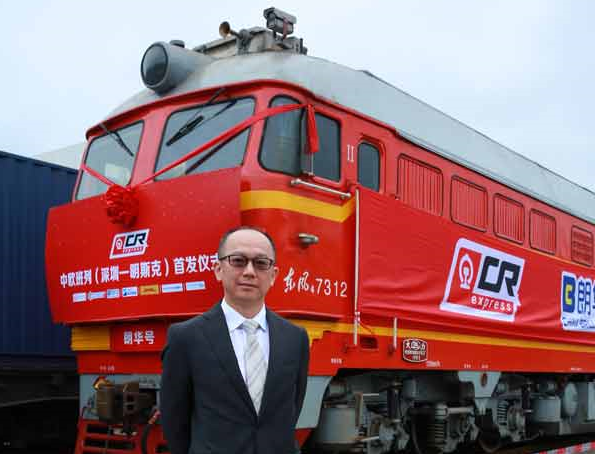 DHL Global Forwarding has launched the first regular service connecting Shenzhen in Chia to Minsk, Belarus via rail in less than 12 days. The new route covers new overland connections to several major cities along China’s “Belt and Road” and is the latest route in the DHL Asia-Europe-Asia multimodal network.

DHL will manage the new route together with China Brilliant and is offering both Less-than-Container Load (LCL) and Full Container Load (FCL) services along the route.

“Minsk offers Chinese businesses an efficient gateway into the Baltic States and Nordic countries in addition to other major European destinations like Warsaw, Hamburg and Tilburg via Brest.”

“With Shenzhen’s economy exceeding expectations to grow by 9% last year, the route also opens sizable opportunities for European exporters looking to sell to one of China’s most vibrant trade and business hubs, or use it as an important gateway to Southeast Asia and the rest of the Chinese consumer market. Our newest route further supports strategic infrastructure projects designed especially to support the Belt and Road, such as the Great Stone Industrial Park – the largest joint project between China and Belarus that will span decades; strengthens bilateral ties between the two countries; and also lays the groundwork for further rail connectivity to the Nordic and Middle Eastern states involved in the Belt and Road.”

Zhang Chunhua, Founder of China Brilliant Group, added: “Trade growth between China and Belarus shows no signs of slowing down, and we are excited to be partnering with DHL to further streamline freight connections between both countries.”

DHL said that the new route will transit through the Alashankou-Dostyk rail juncture which already services several other flagship multimodal services, including rail connections from Chengdu, Zhengzhou, and Lianyungang to continental Europe.

As with its other “Belt and Road” routes, DHL will offer GPS tracking of containers and fully-managed customs clearance for the Shenzhen-Minsk connection.