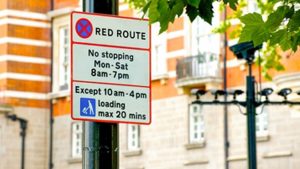 UK Transport Secretary Chris Grayling has blocked plans for a dramatic increase in the Red Route Penalty Charge Notices (PCNs) which are imposed on vehicles which stop or park on some of London’s main arterial routes.

In a statement sent to Post&Parcel, the Freight Transport Association (FTA) has welcomed the decision to scrap the plans, which it says would have caused havoc for London’s freight operators, unfairly punishing firms which move goods in and out of the city.

Transport for London announced its intention to increase Red Route PCNs from £130 to £160 in December last year- claiming that the existing charge had become an ineffective deterrent. However, FTA argued that there is no evidence to show that increasing the fines would have reduced illegal stopping.

FTA led a campaign to stop the increases – and it has claimed a victory.

According to the FTA: “The Department for Transport has now confirmed the Transport Secretary has intervened to stop the increases. Chris Grayling MP, has written to the Mayor of London, Sadiq Khan, to explain his decision. He says the rises would be ‘excessive’ and there is no evidence to support TfL’s claim that the fine levels for penalty charge notices are no longer working.”

FTA’s Head of Urban Policy, Natalie Chapman, commented: “FTA raised its very serious concerns about these increases from the outset. I am relieved Mr Grayling was able to see the injustice of the plans and intervene to stop them. Many freight companies are struggling in the current economic climate, and piling on yet another business cost could have been disastrous for the smooth movement of goods around the capital and could have had a serious impact on its trading future.

“TfL’s own research points to a growth in repeat offending, which means many of the vehicles getting these penalty notices are likely to be trucks and vans. They need to park on red routes to complete vital collections and deliveries. In many cases, there is simply nowhere else for drivers to stop legally.

“No responsible truck operator wants to break the law, and keeping Red Routes moving is in everyone’s interests. FTA is keen to work with TfL to find a solution to these problems. Freight is the Capital’s lifeline and the companies which keep the city moving should not be penalised for doing a fantastic job under difficult circumstances.”