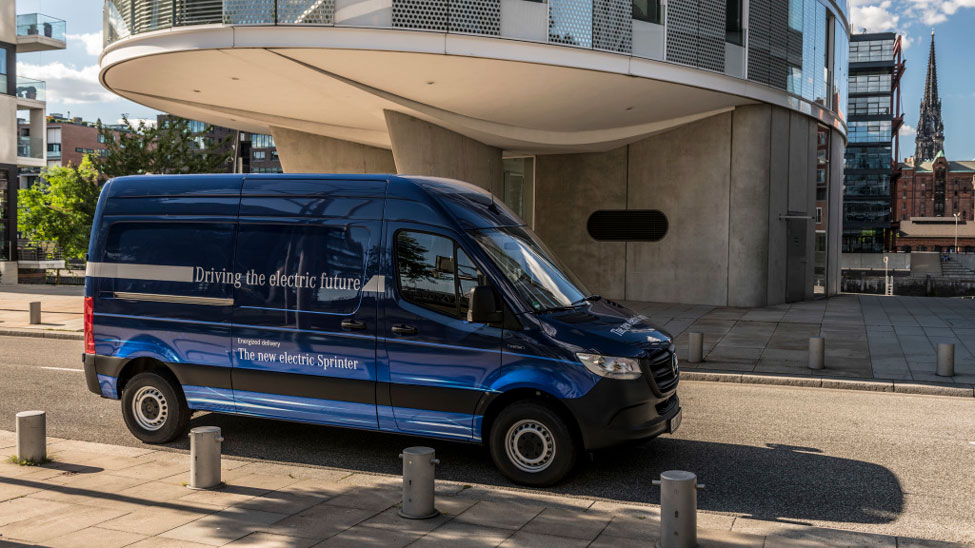 Mercedes-Benz Vans has extended its range of emission-busting vehicles, with the new battery-electric eVito and the fuel cell-powered Concept Sprinter F-CELL.

In a statement issued today (2 July), Mercedes-Benz Vans said: “The new eVito is at home primarily in urban delivery traffic. However, its range and load capacity also meet the demands of tradespeople and service technicians. An installed battery capacity of 41 kWh delivers a range of around 150 kilometres. Even when conditions are unfavourable, the customer still has a range of 100 kilometres. The full range is restored after six hours of charging.”

Interestingly, the van maker also used today’s announcement to sketch out some details of electric vehicle pilot projects that it is running with two companies whose names will be very familiar to Post&Parcel readers: Hermes and Amazon Logistics.

According to Mercedes-Benz Vans: “Cooperation partner Hermes Germany is putting 1500 Mercedes-Benz electric vans into service. The integration of an efficient charging infrastructure as well as intelligent, software-controlled load management are also part of the pilot project.

“By the end of the year, Amazon Logistics will have 100 eVitos in its fleet at its Bochum and Düsseldorf locations. Furthermore, Amazon and Mercedes-Benz Vans are working with other partners on a wide-ranging operator concept for the Bochum facility. Alongside the charging infra­structure, this covers parking space management and the automated capture of vehicle status.”

The Concept Sprint F-CELL is more of a futuristic project. However, it is one that has significant potential because the fuel cell offers a long range than an electric battery. Mercedes-Benz Vans said this could make it “ideally suited” to “use cases such as longer courier routes”.

The van maker added: “The Concept Sprinter F-CELL combines fuel cell and battery technology in a plug-in hybrid. The intelligent interaction of battery and fuel cell delivers an electric output of around 147 kW and 350 newton metres of torque. The three tanks in the substructure store a total of 4.5 kilograms of hydrogen and facilitate a range of around 300 kilometres. If a longer range is required, another tank at the rear of the vehicle can be added, lifting the range to as much as 530 kilometres.”