This is the largest commitment for use of RNG to date by any company in the United States, with a range of 22.5 – 25 million gallon equivalents per year.

RNG is a key part of UPS’s strategy to increase alternative fuel consumption to be 40% of total ground fuel purchases by 2025, supporting the logistics leader’s efforts to reduce the absolute greenhouse gas (GHG) emissions of its ground fleet 12% by 2025.

Mike Casteel, UPS director of fleet procurement said:“The world has a trash problem. And the world has an emissions problem. Renewable natural gas, produced naturally from bio sources such as landfills and dairy farms, not only turns trash to gas, but it turns it into clean gas,”

“Since RNG is supported by existing national infrastructure used to transport natural gas, it’s a winning solution that will help UPS to reach our ambitious sustainability goals. At the same time, we hope our unprecedented seven-year commitment serves as a catalyst for wider adoption of RNG by other companies.”

UPS has used more than 28 million gallons of RNG in its ground fleet since 2014. This means the company will now be using nearly as much RNG in one year as it has used over the past five years combined.

By switching from diesel fuel to RNG, UPS vehicles fueling at 18 company-owned and operated natural gas stations across 12 states will realise a significant reduction in greenhouse gas emissions, as much as 1,074,000 metric tons of GHG over the life of the agreement. This is equivalent to planting 17,000,000 trees, removing 228,000 cars off the road or recycling 374,000 tons of waste that would otherwise be sent to the landfill.

UPS: moving our world forward by delivering what matters 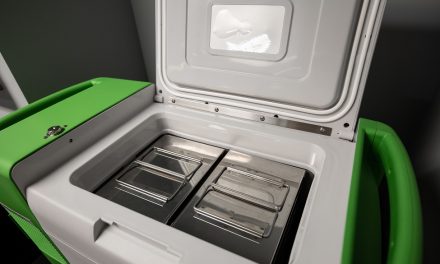