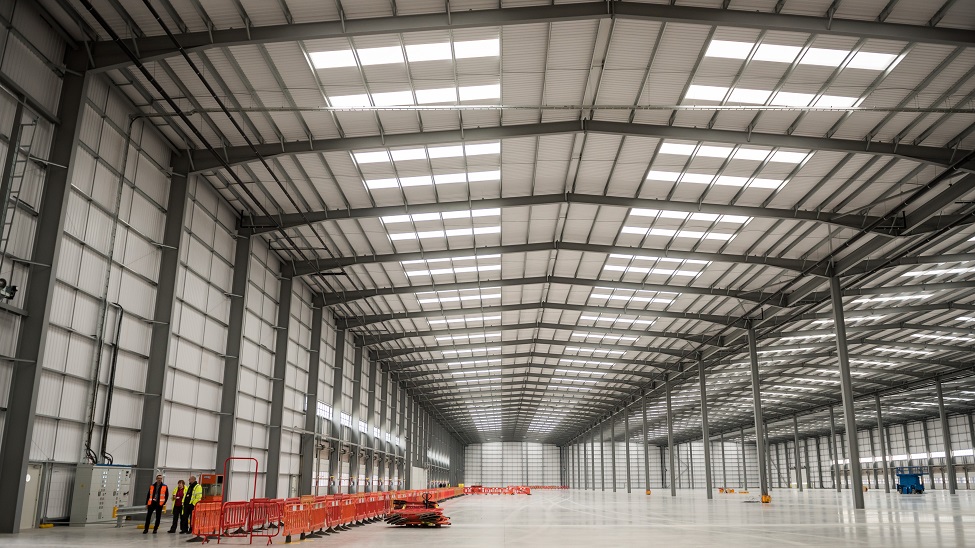 Royal Mail has announced it has started designing the technical fit out for a fully-automated parcels hub in Warrington, a city in the North West of England.

Once operational, the Warrington hub – which is the size of 4.5 football pitches – will be able to process more than 600,000 parcels per day.

These parcels will typically comprise items purchased from retailers the evening before, as well as larger parcels more suitable for van delivery.

Close to urban centres like Liverpool and Manchester, and to the warehousing and fulfilment centres of online retailers, the Warrington parcel hub is ideally-situated to support growth in UK e-retail, and – in particular – growing demand for next day delivery and the delivery of larger items. It will also significantly increase Royal Mail’s capacity to process mail at peak volumes.

Under the proposals, Royal Mail plans to relocate its existing North West Distribution Centre (NWDC), currently in Mill Lane, to the new site which is 4.4 miles away. This is subject to an ongoing consultation with Royal Mail’s people and unions. The Warrington mail processing centre will continue to operate from its existing site in Orion Boulevard.

Simon Barker, National Operations Director Royal Mail said: “This significant commitment to the North West is just one example of how Royal Mail is changing to drive e-commerce growth across the UK. This new site – the first of three parcel hubs to be announced – alongside initiatives like accepting e-retail parcels into our network late in the evening, will help us to meet growing demand for next day delivery.

“We are talking to our people who work in and around Warrington and our unions about our proposals for the new site. We want to fully involve them in shaping our operations in the North West and helping us to safeguard high quality employment opportunities in our business.”