U.S. to remain in the Universal Postal Union

Member countries from the Universal Postal Union have voted to allow the phased introduction of self-declared postal rates for every country.

The agreement was reached in a vote by UPU members at an extraordinary congress meeting in Geneva today.

President Trump’s trade envoy Peter Navarro says that his team have: “Achieved the President’s goal – and in Trump time, that is to say as soon as possible,” after an agreement was thrashed out with the Universal Postal Union over China’s unfair rates accessing the US postal system. Following the agreement, the chances of the US unilaterally quitting the Universal Postal Union have vanished,” says the international delivery specialist ParcelHero.

“With the US threatening to leave the 145-year-old organisation next month if it didn’t get agreement on the ability to set its own rates, the UPU’s members have held their noses and voted in an extraordinary congress to introduce a phased implementation of self-declared postal rates.” says ParcelHero’s Head of Consumer Research, David Jinks MILT.

David says the outcome had not always been clear cut: “Yesterday, on the first day of its meeting in Geneva, UPU delegates voted against the USA’s demand that self-declared rates must be introduced immediately – despite a personal plea from trade envoy Navarro. Notably, China was one of the countries that voted against the US preferred option.

“That paved the way for the US to walk out of the Union; but today came this carefully negotiated compromise. The final agreement, which has the full support of the UK’s representatives, accelerates proposed rate increases and phases in optional self-declared rates. This will force countries such as China to pay a farer rate for access to other nations’ postal systems,” David adds.

Under the agreed solution, member countries that meet certain requirements – including inbound letter-post volumes in excess of 75,000 metric tons– will be able to opt-in to self-declare their rates starting 1 July 2020. The decision also includes thresholds to protect low-volume, developing countries from the impact of the swift reform.

David says: “President Trump’s brinkmanship seems to have paid off on this occasion. Today was, in the end, a carefully choreographed debate, with every country congratulating each other on reaching agreement. A visibly relieved UPU Secretary General, Bishar A. Hussein, admitted afterwards to ‘low moments’ during this week’s negotiations, but a final agreement allowing the largest postal organisations a fast lane to setting their own rates providing they contribute $40m to UPU funds, finally cleared the way.”

David adds:  “It is great news that China will in the future have to pay an equitable level for access to western markets, including the UK. The low rates it was paying gave Chinese sellers an unfair advantage over e-commerce sellers in the West because of the dramatically lower dues they paid on international letters and packets.  China has been receiving what amounts to third world rate subsidies for 50 years, despite now being the second wealthiest nation in the world.”

But David concludes with this caution: “What has yet to be addressed, however, is the strong concern among many industry professionals that Chinese retailers are using postal services to circumvent the more stringent customs checks imposed on international couriers. Postal clearance is far less efficient, and goods are often cleared ‘under the radar’ duty free or at very low duty levels. This under-reporting of duties could be starving governments of billions in taxation. This UPU resolution is a major step on the road to reform, but there are many other significant problems around China’s use of international postal systems that will need to be investigated in the future.” 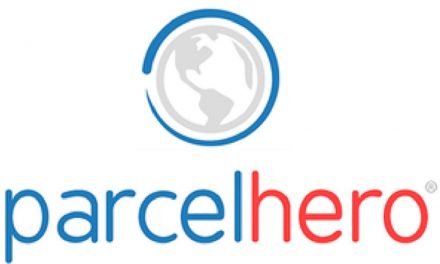