Can the click of a mouse save the postal sector? A UK perspective

The United Nations Universal Postal Union (UPU) has boldly claimed that e-commerce has saved the postal sector from the world recession. Mail & Express News editor Chris Dolan examines the growth of e-commerce in the UK postal market. This April in Berne, Switzerland, the UPU claimed that the world of e-commerce has somewhat saved the postal sector from the treacherous conditions that accompany any major recession, especially one on a global scale.

Was the UPU’s announcement that e-commerce has helped “stave off” the economic downturn a little too far-fetched? Especially with stories of relentless job cuts, the streamlining of services, and desperate financial figures continuing to dominate the pages of Mail & Express News in recent months.

There is no doubt that the world of e-commerce, right across the globe, has seen unprecedented growth – practically every major outlet now boasts an online shopping portal, CDs have been made redundant by the joys of downloadable music, whilst online banking offers customers the chance to balance the books from the comfort of their own home. Much of this can be owed to easier, cheaper and more widespread access to broadband, safer security options, and the global population gradually becoming more accustomed to, and reliant on, the World Wide Web. But can this growth really be the saving grace of the postal sector?

The UPU state that “the postal sector does not show the characteristics of an economic depression. Interpretation of the [UPU] survey results even suggest that postal networks are being increasingly trusted to serve e-commerce development.” They go on to state that domestic parcel traffic volumes suffered the least from the global recession, “displaying a strong resilience despite the economic downturn in Q4, and even saw a 1.1% growth during Q4 on a year-to-year basis; This coincided with record e-commerce sales in a number of countries during Q4 2008.” The 1.1% growth in domestic parcel volumes in Q4 came as a relief to the postal sector, after a majority of the year showed gradual decline. In Q1 2008, volumes were -0.5% against the previous year, with the deficit peaking at -3.4% in Q3.

In the UK market, there is no doubt that the slight growth in domestic parcel traffic volumes during Q4 2008 can be put down to the sharp increase in e-commerce during that period – more than likely down to the everyday consumer embarking on online Christmas shopping sprees. This would have provided a welcome boost to any British postal/express company, but how significant are such increases over the course of a turbulent financial year? Leading figures at DHL Express UK may have the answer.

The German company has put huge importance on the further development of e-commerce. After Lord Carter’s Digital Britain report was published at the end of February, DHL Express UK’s CEO, Ken McCall, said that planned universal availability of broadband – an objective set out in the report – would have a direct and positive effect on the home delivery market. McCall went on to say that home delivery as a direct result of e-commerce has been “a key consumer issue in recent years, and combined with these new key proposals [from the report] will remain so as more people gain access to online shopping”.  Jonathan Smith, managing director of DHL Domestic Express focused on how the development of e-commerce is intertwined with the postal sector: “The keystone of successful e-commerce is efficient consumer delivery and return. As the fundamental retail distribution models change, the focus of industry and government attention will steadily move towards achieving greater efficiency. In the internet age, having an effective framework for the point to point movement of goods will be of critical national importance.”

During this precarious economic time, leading industry experts agree that the posts must take advantage of the opportunities available through e-commerce. Speaking exclusively to Triangle Management Services, eBay’s country product manager Angeline Foong, who will be delivering a keynote speech at the Mail & Express Delivery Show in London this June, said: “It’s very important for the postal sector to leverage e-commerce opportunities during this time of economic softness. We surveyed the top 1,000 sellers on eBay and found year on year growth of around 29%. It’s hard to ignore any business opportunities with double digit figures in this economic climate. IMRG’s February figures showed a 12% year on year growth in online sales. Coupled with various retailers ranking online as their highest growth channel it’s definitely possible e-Commerce deliveries will be an increasingly important area for postal companies.”

In agreement with Foong was James Roper, chief executive at IMRG, who said: “E-commerce will be an increasingly large part of its [the postal industry’s] future. In a time of recession more people will shop online. The main change happening now is that more low-income people are shopping online. It used to be only professionals that done so, but now wider broadband access is available domestically. By 2012 everybody in Europe will have broadband access. Our industry is urgently trying to fill the shortfall in paper mail.” In an interview with Triangle, Roper said that the postal industry’s growth through e-commerce must be met with higher efficiency: “There is a world focus to be more efficient; [in terms of e-commerce] delivery by an effective network is the way to do it. We have now learnt that home delivery of products is more efficient than large shop deliveries – the opportunity is very large indeed. The most important aspects are reliable delivery and trust, but it is patently obvious that e-commerce is the salvation the posts needs.”

Only time will tell whether e-commerce can save the industry from becoming fully submerged in this global financial crisis, but with steady double-digit growth in online sales expected to continue year-on-year until 2012, e-commerce has created a fruitful opportunity for the posts. The industry’s leading players will be hoping that consumers and businesses alike continue to keep reaching for their keyboards. 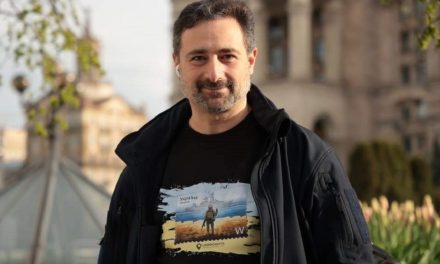