This paper summarises key changes that have occurred in New Zealand since the corporatisation of the postal operations in 1987.

New Zealand Post Limited has made impressive gains in efficiency since establishment as a State-Owned Enterprise (SOE). It moved from a loss of $37.9 million in 1986/87 to a $75.2 million after-tax profit in 1995/96. This was a 4 percent increase over the previous financial year. The company's improved overall position since corporatisation has been founded mainly on productivity improvements and better management systems. Improvements include:

– through a better, more efficient network configuration, NZ Post now has more outlets than before corporatisation;

– the basic letter price has increased just once in the five years since corporatisation (from 40c to 45 cents in late 1991). It was reduced back to 40c effective from 2 October 1995;

– service delivery performance for a basic letter has improved sharply;

– the thresholds for NZ Post's statutory monopoly have been reduced by more than half since 1988.

The 1986 Mason-Morris Review of the New Zealand Post Office recommended the separation of the organisation into three discrete businesses to overcome structural deficiencies which impeded the effectiveness of its operations. The Government agreed to this recommendation. Three State-Owned Enterprises were formed to take over the commercial functions of telecommunications, banking and postal and agency services, while the regulatory functions were transferred to the Department of Trade and Industry (now the Ministry of Commerce).

New Zealand Post was established as a State-Owned Enterprise on 1 April 1987 with an initial share capital of $120 million. As at 31 March 1996, shareholders' funds were $207 million.

Each financial year the Board and the shareholding Ministers are required to agree on a Statement of Corporate Intent (SCI) for the current, and two succeeding financial years. The SCI details the specific information required under the State-Owned Enterprises Act 1986, including the objectives of the company, the nature and scope of its activities, and the financial performance targets for the three-year period. The agreed SCI is tabled in Parliament, as is the Annual Report and Financial Statement of the company.

New Zealand Post Limited is also subject to the key agencies and legislation which review public sector activities. These include the Controller and Auditor-General; the Official Information Act 1982; and the Ombudsman Act 1975.

Under the Postal Services Act 1987 (as amended by the Postal Services Amendment Act 1990), NZ Post is required to keep separate financial accounts for three service categories: the basic letter post, ie business normally charged at 40 cents per letter; other protected services (principally larger letter items); and all other business. The basic letter post accounted for 37.7 percent of consolidated turnover for 1995/96; other protected services accounted for 2.8 percent; and all other business 59.5 percent.

More than half of NZ Post's consolidated turnover is derived from business activities which are subject to competition. However, the highest level of profitability in 1995/96 was achieved in those activities covered by the statutory monopoly. This reflects increased efficiency and cost savings introduced into the basic letter service. 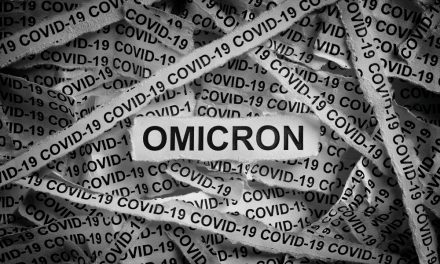