US report on postal reform in Canada

The Canadian Union of Postal Workers welcomes the opportunity to address the Canada Post Mandate Review.

The Terms of Reference of the Mandate Review Committee cover almost every aspect of Canada Post's activities.

The Chairperson's recommendations will have a major impact on the 58,000 women and men CUPW represents.

Postage rates, services, the exclusive privilege, financial self-sufficiency, subsidization and regulation all have a direct impact on the job opportunities and job security of post office workers.

Consequently, it is appropriate that CUPW wishes to deal with most of the subjects examined by the Mandate Review.

We believe during the course of your examination of Canada Post Corporation, you will observe that the men and women who are active in the Canadian Union of Postal Workers, at all levels, have consistently demonstrated a commitment to the objective of high-quality public postal service.

When necessary, we have been prepared to use our legal right to strike to obtain negotiated collective agreements. Labour-management difficulties at Canada Post are a well-documented part of the public record.

Yet an examination of the record will reveal that far more of the union's energy has been devoted to making Canada Post a dynamic, service-oriented public enterprise.

During the course of your work, we believe that you will observe the enormous potential of Canada Post Corporation.

Finally, we ask you to consider that, in 1996, the Canadian Post Office is very much a work in progress.

In the 1970s, a hastily implemented automation strategy and inappropriate organizational structures turned the postal service into a shambles. In 1981, as a result of years of campaigning by the post office unions, the government established Canada Post Corporation. The Corporation's mandate, adopted unanimously by the House of Commons, called for the development of a dynamic, service-oriented public sector enterprise capable of meeting the challenges of the ever changing communications industry.

The legislation establishing the Crown Corporation, including the mandate, was also the product of lengthy negotiations between the government, the opposition parties and the postal unions.

Since 1981, the Corporation has made progress on the threefold objectives of improved service, improved labour-management relations and financial self-sufficiency.

The fact that the potential of the Crown Corporation has not been fully realized is not surprising considering that, for nine of its fourteen years, the Corporation was undermined by a federal Conservative government ideologically opposed to the expansion of public services and enterprises.

Yet, despite the imposition of a rather restrictive interpretation of its mandate, Canada Post Corporation has made significant progress since 1981. It is our firm belief that the best days of Canada Post are yet to come. We believe Canada Post has the potential to be a dynamic, forward-thinking public sector enterprise providing high-quality services accessible to all Canadians at a reasonable cost. 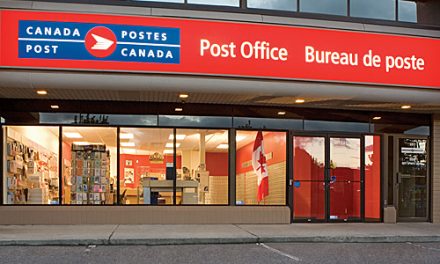