The UK government said it has appointed investment bank UBS AG (UBS) to advise it on options for the future ownership of Royal Mail. UBS, which was originally mandated to advise on Royal Mail by the UK’s previous government, has effectively been reconfirmed in the advisory mandate following a beauty parade where other banks were invited to tender, reports The Wall Street Journal.

A spokesman for the Department for Business, Innovation and Skills (BIS) said UBS would investigate the various options for the future of Royal Mail, including a sale of part, or all, of the business, and a potential multibillion pound stock market flotation.

Legislation to enable a potential sale or flotation is currently being drawn-up and is expected to be introduced in the autumn, he said, adding that Royal Mail’s pension deficit and the regulation of the postal sector would also be examined.

The new government, said earlier this summer it is assessing bringing some private ownership into Royal Mail.

“We will seek to ensure an injection of private capital into the Royal Mail, including opportunities for employee ownership,” the government said in a statement at the time. The Post Office Ltd., which operates the roughly 12,000 retail branches across the UK, would remain in public ownership, the government said.

The previous government had said private ownership of Royal Mail would be capped at 49%.

The new government hasn’t clarified its position on this and it is unclear whether it favours an initial public offering, a sale or another option.

In an interview with the Daily Telegraph in June, the lawmaker with responsibility for the Royal Mail, Ed Davey, said the future of the service is in doubt because of a “lethal combination” of a sharp decline in revenue due to changing communication patterns, and a gaping hole in its pension scheme.

Hiring UBS appears to move the new coalition government a step closer to at least a part-privatisation of Royal Mail. However, any such privatisation would be politically sensitive with communications industry unions that have historically opposed such moves, and the government would likely proceed with caution.

A person familiar with the matter told Dow Jones Newswires the process is at an early stage and the government’s intentions for Royal Mail remain unclear.

The BIS spokesman declined to comment on the fees being paid to UBS due to commercial sensitivity. 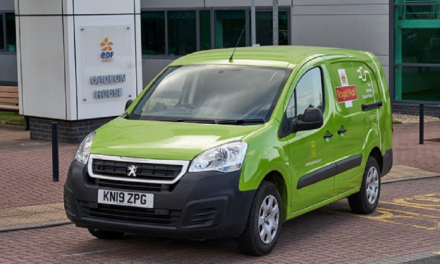