Letters and parcel postage in Finland will no longer be subject to Value Added Tax from June 1 – but the savings will not be passed onto consumers in most cases. Universal service products are set to be exempt from the 23% sales tax under new regulations passed by Parliament last month.

However, Finnish postal operator Itella Group said it will only pass on some of the savings to consumers, partly to cover its increasing expenses and partly because it will no longer be able to deduct VAT from its own production costs.

So while parcels up to 10kg in weight, and paid for by consumers at retail counters, will see a 15% drop in postal rates, prepaid or invoiced services will remain at the same rates.

Stamp prices for letters will also remain where they are – at 75c for 1st class and 60c for 2nd class – although Itella Posti said the VAT status change will help relieve pressure to raise postal rates.

The company posted interim figures today revealing that profitability in its mail division declined “significantly” in the first quarter of 2011, with Itella conceding that its cost structure had been slow to respond.

“We have been experiencing a pressure to increase stamp prices for quite some time,” said Petri Aaltonen, vice president at Itella Posti, adding: “We felt obliged to changes the prices simultaneously with the VAT change, because it’s not practical to change stamp prices very often.”

Finnish households spend just over EUR 20 each year to send letters and cards on average, and EUR 31 per year on letters and parcels.

Finland’s new Postal Act, approved in March, is scrapping VAT on universal services paid for in cash, which includes letters under 2kg in weight, parcels up to 10kg sent from or picked up at a postal outlet, and registration or insurance services for letters and lightweight parcels.

Businesses will no longer be able to deduct VAT from their mail purchases.

Companies with extensive letter volumes are being advised to buy stamps in bulk to benefit from discounts, and to use 2nd class services.

Itella said per-letter costs have been increasing because of overall mail volume declines as more customers tend to use digital communication options instead. Itella’s mail division saw an 11% drop in 1st class letter volumes in the first three months of 2011 compared to the same period last year – an apparent acceleration of a general 2-3% decline seen in previous years.

Jukka Alho, Itella’s president and CEO, said: “In Finland we are now following, with a slight delay, the development which has already occurred in many of our neighboring countries as a result of the breakthrough of e-invoicing and electronic communications.

The company has itself launched a digital postal mail system in Finland, NetPosti, which now has more than 300,000 users and is growing rapidly.

Second class mail volumes increased by 5% over the period, not including postal voting, but unaddressed direct mail volumes sank 8%, while newspapers and magazine deliveries dropped 3% and 9% respectively.

On a positive note, parcel deliveries were up 8% thanks to booming online retail, with Itella hoping its 15% cut in parcel shipping prices would bring further growth.

However, the group recorded a net loss for the quarter of EUR 5.6m, having recorded an EUR 8.3m net profit this time 12 months ago.

While the group saw a 74.5% decline in its Mail Communications unit net sales, sales picked up in its logistics division and losses were reduced. The Itella Information division, the company’s service bureau unit, increased its sales but profitability was weakened.

“With regard to profitability, the 11% decline in first class letters, as well as the decline in newspaper and magazine delivery volumes was significant,” said Alho.

The Itella president said his company had not been able to reduce its fixed costs to match declining volumes, but promised that a cost savings program would help ensure a “moderate” price level in the near future.

“A clear improvement in productivity will also be necessary because of the new competitive situation created by the postal services legislation,” Alho said. 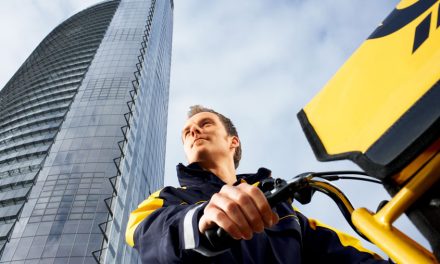