New Zealand Post services have been affected again after two earthquakes hit the city of Christchurch earlier today (Monday). A 5.2-magnitude earthquake hit at early afternoon local time, followed by a 6.0-magnitude earthquake approximately an hour later, according to the US Geological Survey.

This latest episode followed a devastating 6.3-magnitude earthquake in Christchurch on February 22, which killed 181 people.

NZ Post CEO Brian Roche (pictured) said “thankfully there are no reports of injuries to staff”.

He added that the company’s main mail processing centre at Orchard Road was evacuated as a precaution. 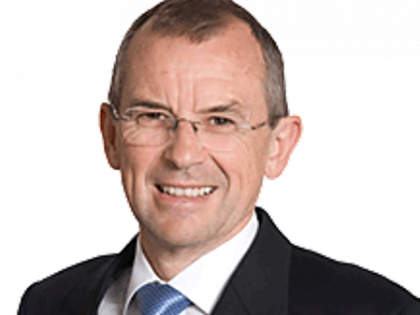 A preliminary assessment suggested there was no structural or plant damage. NZ Post will make a decision tomorrow (Tuesday) regarding the resumption of services at the plant.

Furthermore, postal deliveries may be interrupted due to the cessation of processing. Deliveries will also be subject to safe access for posties, the operator confirmed.

A NZ Post statement said: “CourierPost and Pace courier services will be operational, but may be impacted by disruption to mail/parcel processing.

“Most PostShop Kiwibank stores in Christchurch will be closed tomorrow (14 June) to allow for assessment of structures and IT systems. Some stores may re-open during the day and updates will be posted on this page.”

Roche does not expect today’s earthquakes to have a “significant impact” on operations but said the “psychological toll cannot be underestimated”.

He said: “Today’s quakes were unnerving for our staff who are already under immense strain following the September and February quakes.

“They are showing great resolve to ensure our services continue as smoothly as possible.

“Our sympathy and support from all of New Zealand Post go out to our staff and the people of Christchurch in what has been yet another very tough day,” he concluded.

Around 40 people were taken to hospital today, with almost 50,000 homes across the region being left without power.

Addressing reporters in New Zealand, the country’s Prime Minister John Key said: “This has been a setback for Christchurch and its people, but it does not lessen our resolve to rebuild.

“The people of Christchurch should know all New Zealanders are thinking of them and will continue to support and stand by them in this very difficult time.”

NZ Post implemented a city-wide suspension of mail services after February’s earthquake caused havoc and mass destruction. The operator resumed services on a step-by-step basis over the following weeks.

However, the operator said despite solid performance, results will be affected by a number of significant one-off items including the earthquake.