A new report on how a Post Bank in the UK could “revitalise the post office network” has been discussed today (Thursday) at a Parliamentary roundtable. The study – published by the Post Bank Coalition – argues that the services offered by Post Office Ltd need to be expanded if it is survive and therefore meet the needs of small businesses and communities.

Launched under the name, ‘Sorted! Revitalising the Post Office through local banking’, the report adds that the current joint venture with the Bank of Ireland is no longer fit for purpose and that there needs to be a new model for banking services at the Post Office; that a publicly owned Post Bank in the UK – mirroring those seen in a number of other countries – would support the network and bring much needed diversity to the financial sector; and that without a Post Bank the network faces a long decline leading to the loss of a cherished public institution and that a significant opportunity to create a socially useful bank will be lost.

Communication Workers Union (CWU) general secretary Billy Hayes said: “Post Bank offers an opportunity to solve two major issues facing the country – saving our post office network and bringing trusted banking to communities everywhere. This is a gift to the government, an all-round good news story and an initiative which would bring real, measurable positive change to Post Office staff that fear for their jobs and to businesses and communities struggling to find suitable local banking. We urge the government to embrace Post Bank and take measures to make it a reality.”

The Parliamentary roundtable event was hosted by Nia Griffith MP with speakers from Unite and the Federation of Small Businesses, and attendees from the Post Office Advisory Group and MPs involved with the Postal Services Act.

Billed as the first comprehensive critique of the government’s report ‘Securing the Post Office in the Digital Age’, the Post Bank Coalition’s study outlines areas where it thinks Government policy is failing. This includes: “240 sub-post offices being closed in the eighteen months between April 2009 and October 2010 outside of any programme of compensated closures; The Bank of Ireland partnership failing to deliver current or children’s accounts or business banking services or to pay a single dividend to the Post Office; and the effect of a post office closure on the turnover of small and medium businesses within half a mile being around £270,000 loss p/a for the local economy”, the Coalition argues.

The Coalition is made up of the CWU, Countryside Alliance, Federation of Small Businesses, National Pensioners Convention, new economics foundation (nef), Public Interest Research Council, Unite the Union, with other observer and supporting organisations.

Clive Davenport, trade and industry chairman, Federation of Small Businesses, said: “Following the crisis in the banking sector and with the demise of the Post Office Network, we have long been saying that creating a Post Bank is the perfect opportunity to help tackle these. We know from our research that small businesses rely on their local Post Office to not only send and receive parcels, but to make payments as well. We also know that banks still aren’t lending to small firms. The UK banking system really needs more competition to give small firms a better chance of securing a good deal. Creating a Post Bank will not only help to do this, but it will also help keep the thousands of sub-postmasters’ businesses alive.”

Ian Tonks, Unite national officer added: “Communities and small businesses are crying out for an ethical and local bank based on the post office network. This is the only real answer to making the post office network truly sustainable.  Failure by government to respond positively will be an abrogation of its responsibility and another signal of its lack of commitment to the real society.” 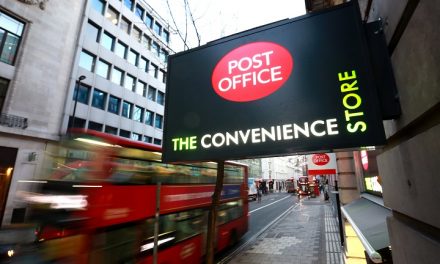