Regional overnight carrier OnTrac has expanded its Ground Service throughout the Western United States. The company based in Phoenix, Arizona, had been providing its overnight deliveries throughout California and to metropolitan areas of Arizona and Nevada, but its time-critical services will now reach into Oregon, Washington and Utah.

OnTrac, which started out in 1991 as a division of Express Messenger Systems, Inc., said its services come with fewer fees and surcharges than national carriers.

The company said its service was priced competitively for Zone 4, 5 and 6 shipments, and “often” beats the transit times of national carriers.

Robert E Humphrey, Jr, the OnTrac chief operating officer, said: “Businesses are demanding faster transit times at less cost. OnTrac Ground provides both. With fewer fees and one less transit day on most shipments going to Zone 4 or further, businesses save both time and money with OnTrac.”

OnTrac also provides a Sunrise Service for deliveries required by 10:30am and a Sunrise Gold for shipments needed earlier in the morning.

The company collects from more than 1,200 drop boxes across the six-state area and currently generates more than $200m in annual revenues. 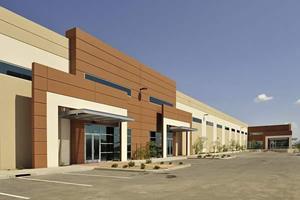