Two of Europe’s leading national postal operators have formed an important alliance to combine their respective cross-border mail activities, in order to take on the major players in the international market. France’s La Poste and Swiss Post signed an agreement this evening in Paris, both their boards of directors already having approved the plan to set up a joint venture, which could be operational at some point in 2012.

The joint venture would be equally owned by the two posts, bringing together La Poste Global Mail and Swiss Post International.

The companies said their existing international operations each had a “solid” international presence in key markets including the US, UK, continental Europe and Asia. But, they suggested their operations were largely complementary, both in terms of their geographic spread and their product offerings.

The new venture would be in a better position to attract new customers seeking to expand internationally, in a mail market the posts estimated to be worth around $13bn USD a year.

Jean-Paul Bailly, president of La Poste Group, said: “La Poste and Swiss Post confirm their intention of becoming a leader in the international mail market in order to accompany their clients and partners in their development around the world.”

Jürg Bucher, the Swiss Post chief executive, added: “Both partners are complementary from both a geographic and a market-offering point of view. The new company will thus provide the best available value-added mailing solutions for their international clients.” 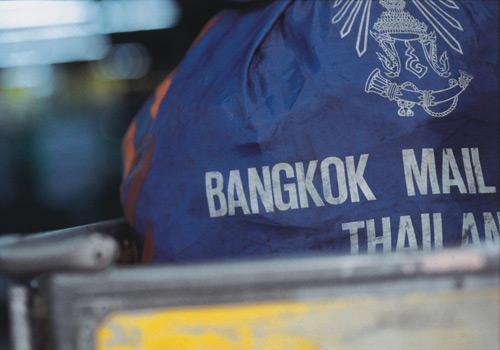 In alliance, La Poste and Swiss Post believe they will be better able to attract new customers pursuing international expansion

The joint venture, which remains subject to the required regulatory approvals in both countries, will be headquartered in both Paris and Bern.

A new name and brand for the company will be created soon, “which will acknowledge the strengths and values of each of the shareholders’ existing brands”, a spokesman for Swiss Post told Post&Parcel.

The new company will combine all the cross-border mail activities of La Poste and Swiss Post except for inbound and outbound services in France and Switzerland.

The regulated universal service obligations of La Poste in France and Swiss Post in Switzerland will not be included within the joint venture.

La Poste spokesman David Drujon told Post&Parcel today that the companies believed their operations would overlap “only marginally”, but that they would review all activities regularly to ensure service efficiency.

He said: “The partnership is about joining together to combine our strengths and build a stronger presence on the international mail market, to grow the business and generate stronger profits for our shareholders. The partnership is not about rationalizing structures, but rather optimizing solutions and processes for clients, by combining the two partners’ resources and knowledge.”

Swiss Post International is already going through a restructuring that is expected to see some reduction in the workforce.

Swiss Post’s board of directors has decided to reassign responsibility for Swiss Post International’s activities, with its parcel and express business allocated to the company’s PostLogistics division as of the start of next month, while other areas including SPI’s letter business will “initially” fall under the responsibility of the PostMail division.

Operational management of the SPU units will remain the responsibility of former manager Jean-Pierre Streich until 30 June 2012, the company said.

“The establishment of new synergies may result in job cuts in the medium term. Swiss Post is committed, as always, to its social responsibility as an employer, and will do everything it can to avoid redundancies. This realignment of SPI will not impact its customers,” said Swiss Post.