The future of the US postal market will once again be examined this summer by the PostalVision 2020 initiative, in an expanded two-day event in Washington, DC. The initiative brings together mail industry insiders with thought leaders from outside the sector, with expertise in business and modern communications, looking at the role of the US Postal Service up to 2020.

After a lively debate last summer under the headline “What Would Google Do?”, this year’s event is to be expanded into a two-day affair, which will see Postmaster General Patrick Donahoe joining the discussion.

A number of key PostalVision “alumni” will also be back for the even on 12-13 June in Washington DC, including the USPS Inspector General David Williams, Public Relations heavyweight and social media guru Larry Weber and journalism professor and popular social media commentator Jeff Jarvis, author of the book that inspired the initiative, “What Would Google Do?”

John Callan, the consultant with Ursa Major Associates who has organised the event along with mailers’ association PostCom, told Post&Parcel that this year’s gathering came as the transformation of the modern communications market was becoming even more dramatic and accelerated.

“The speed of change is so radical now, that I really think we need more radical thinking,” he said. Describing the current situation at USPS as a “train wreck”, he said the research underlying the PostalVision initiative was looking at how to position USPS as an underlying platform or “gatekeeper” for the digital and physical communications field.

While last year’s conference saw Google’s “Internet evangelist” Vint Cerf suggesting that if Google were running USPS, it would focus on physical services and packages, many of the experts were mainly throwing out ideas, brainstorming about the role of the postal platform in a digital age.

This year, Callan said the expanded two-day event would look to “filter” the ideas, to look for clearer solutions to current difficulties in the mail business.

These filters would take the form of three “layers”, he said: a physical layer, taking in thoughts on mail and parcel delivery, along with an electronic or digital layer, and also an “intangible” layer that looks at the unique qualities and potential for a USPS platform to offer the kind of role that no private sector alternative could, for example ID verification opportunities.

One of the PostalVision alumni returning this year is Marshall Van Alstyne, the MIT visiting professor and Boston University associate professor, who this week released a paper for the International Postal Corporation looking at digital postal platforms.

A key recommendation for the paper is for postal operators to avoid setting up merely a single standalone digital mail service, and instead look towards developing a platform with multiple functions that is open to external partners for collaborative innovation.

The paper sets out 10 steps that postal operators can take to establish a digital platform, from setting up an open platform in which third parties can be involved to provide added-value applications, building on the central trust ingrained in a national postal brand.

Ultimately, the paper recommends that Posts should create a system that allows trade and the private sector to innovate and make use of the platform, in the way that payment company VISA allows traders to make use of an international payment platform.

The researchers conclude there is “considerable hope” for IPC members if they are willing to pursue digital strategies that correspond to, but remain “quite different” from their physical strategies.

It stated: “IPC members possess a number of remarkable assets – large user populations, dedicated workers, more contact points than most businesses, and even government-protected services. These can form the basis of a digital platform.” 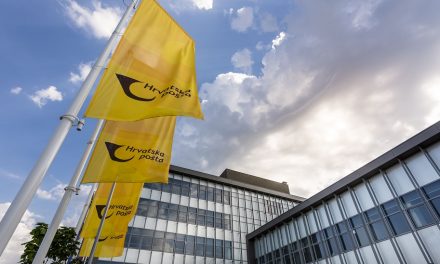