The National Postal Operator in Brazil

John Modd interviews Wagner Pinheiro de Oliveira, president of Brazil Post (Correios), which hosts the next World Mail and Express Americas conference, in February 2013. Brazil is now ranked as one of the most important economies, not just in the Americas, but globally. The national postal operator, Empresa de Correios e Telegraphos (ECT), is also recognised as one of the world’s leading posts.

Given that Rio de Janeiro is the host city for the next World Mail & Express Americas, set for February 2013, we took the opportunity to learn more about Correios from President Wagner Pinheiro de Olivera.

Ownership, regulation and defending the monopoly

We began by discussing the ownership and regulatory environment in Brazil.

Correios “is a public postal operator 100% government controlled, that acts an an arm of federal government,” Wagner Pinheiro explained.

Ownership comes under the authority of the Ministry of Communications, but asked about the future of ownership, Pinheiro confirmed that “there is no privatisation plan underway: instead the Brazilian Government is revitalising and strengthening Correios as a public enterprise, and has reformed the postal legislation in such a way as to streamline and to modernise its management procedures and to permit heavy investments in personnel and infrastructure.”

The Ministry of Communications “acts as a supervising and regulatory body regarding both the role and the activities performed by ECT within the domestic sphere and abroad,” he added. ECT is under the authority of the Board of the Under Secretary for Postal Affairs within the Ministry.

In regard to regulation, this is not distinct from the political environment. “In Brazil, there is no specific and autonomous body regulating the overall postal market. Regulatory functions are performed instead by the Ministry in charge of ECT within the framework of the sole public postal operator’s scope of activities.” 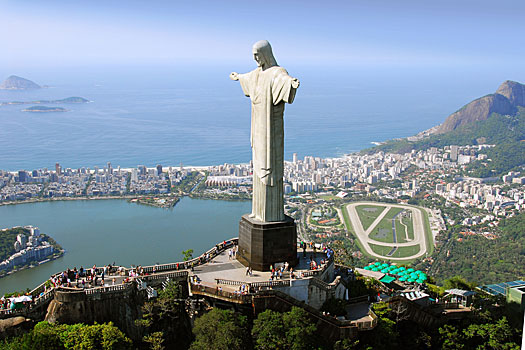 The vigorous upholding of Correios’ legal monopoly is clearly a key element of that framework. “The postal service is a basic communication infrastructure, contributing to national inclusion, cultural diversity and regional development,” Pinheiro said.

For that reason, Correios has exclusive rights “by force of law, as the postal arm of government. Mail collection and delivery at affordable prices everywhere in Brazil fall to Correios—with absolute secrecy of the mail guaranteed by the laws—including in remote areas where private entities are unable to operate, or have no interest in operating.”

Pinheiro added: “Whenever Correios is aware of a violation of the postal laws, it acts in order to punish the offenders.”

We moved on to discuss the commercial environment influencing the national postal operator. In 2011 changes were made to Correios’ Articles of Association with new postal legislation permitting greater diversification of business activities, its President explained.

“Nowadays we are allowed by the government to offer electronic postal services, financial services and integration logistics; in addition we have permission to operate abroad and to set up subsidiary companies. We are also now allowed to take majority or minority stakes in other postal companies and to enter into partnerships likely to aggregate value for both our brand and our network.”

Pinheiro talked of Correios offering “suitable, modern solutions aimed at bringing individuals and businesses closer. With this in mind we launched the ‘Correios 2020’ strategic plan which defines strategies geared towards modernising our array of products and services.”

As examples he cited plans to become a Mobile Virtual Network operator, the sending of letters and telegrams via the Internet, and developments in digital mail, including document digitalisation and e-sending solutions.

“Our main challenge is to keep pace with technology changes and to maintain leadership in a sustainable way in an increasingly competitive market. By 2015 we plan to invest about BRL 4bn ($1.92bn USD) in expanding and modernising our infrastructure, the retail outlets network, the transportation network and the technology park.

“Our strengths and differential features come from our vast and ubiquitous retail outlets network that encompasses all the national territory, our industrious and experienced professionals who perform their responsibilities with devotion, and the confidence that the Brazilian people has long placed in us,” said Pinheiro.

Correios and the new communications environment

I asked Pinheiro to explain developments in Brazilian society, particularly linked to the Internet and mobile technologies. He told me that, as a result of strong economic growth over a number of years, “40m individuals have benefitted from upward social mobility; they are now part of a strong, demanding market… Besides this, the expansion of telecommunications services has made it possible for 90m people to have wide access to the Internet.”

From Correios’ perspective, “the Internet has fuelled e-commerce related items such as parcels delivery, so the total number of postal items handled by Correios increases annually, as well as advertising, billing and direct mail… We are also diversifying our array of services and are preparing ourselves to be more energetic in the financial, electronic, and integrated logistics segments.”

As an example: “We are offering value added and more bespoke services to our customers, such as the partnerships we have entered into with judicial bodies for transporting, delivering, digitalising and printing their documents.”

Wagner Pinheiro de Oliveira, president of Brazil Post, will be speaking at World Mail and Express Americas 2013. The annual event takes place this year in Rio de Janiero from 26-28 February, 2013. An early bird discount is currently available for delegates until the end of December. Click here for more details and to book online »