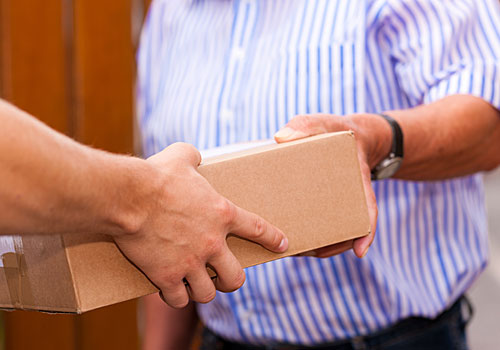 This year’s peak parcel season in the UK saw volumes growing about 15% year-on-year for a third year in succession, but retailers struggled with a multi-channel approach to delivery.

That was the analysis of the latest annual study from parcel and carrier manager Global Freight Solutions (GFS), which said the business of delivering parcels in the run-up to Christmas was more complicated than ever — with resulting pressure on customer service.

The GFS Review looked at the two busiest months of the year for the UK parcel industry, and warned that the growing complexities of multi-channel delivery could prove a “choke” on future growth if retailers and carriers are not careful.

The company said “Cyber Monday” — the first Monday after America’s Thanksgiving weekend — was not the biggest single e-commerce delivery day. Instead, volumes grew week by week until the peak day on 16th December.

Precise figures for comparing years were difficult to determine because the year saw Royal Mail re-classifying packets as small parcels.

“Peak within a peak”

Mondays were busy because of online orders taken over weekends. Mondays during the run-up to Christmas seeing parcel volumes 65% higher than average volumes during January to October.

Commenting on the study, GFS Managing Director Neil Cotty said Mondays were becoming a “peak within a peak” in the industry, and that processing these orders required changes to established working practices for both retailers and carriers to avoid problems.

“There is perhaps a growing acceptance that we might be moving towards working seven days a week during the peak season to clear some of the orders which come in over the weekend,” he said.

“Doing so would spread the load and avoid creating a backlog – and, therefore, possible strain – later in the week.”

Yet consumers do not take account of the busy nature of the Christmas season when faced with problems or delays in their shipping, he pointed out.

“Consumers are not looking at the broader seasonal picture,” Cotty said. “They are only concerned with getting hold of what they have bought. In an age when dissatisfaction with a brand can be circulated instantly and widely on social media, failure to keep individual shoppers happy can create much bigger problems.”

While UK consumers increasingly expect to choose from a range of delivery options, GFS said retailers trying to meet that expectations were finding it challenging to keep up.

Cotty said: “The delivery mission for retailers is more complicated than ever before because it involves maintaining effective oversight of a variety of methods of shipment – to consumers’ homes, their own stores, parcel shops or locker boxes – because that is now what shoppers are increasingly looking for.”

“As volumes increase, especially during the pre-Christmas peak season which is so important to annual sales figures, keeping track of consignments moving through a variety of different channels and to many different territories becomes a truly demanding prospect which, if not handled efficiently, could impact on the ability to deliver, relations with consumers and, therefore, check or choke possible growth.”