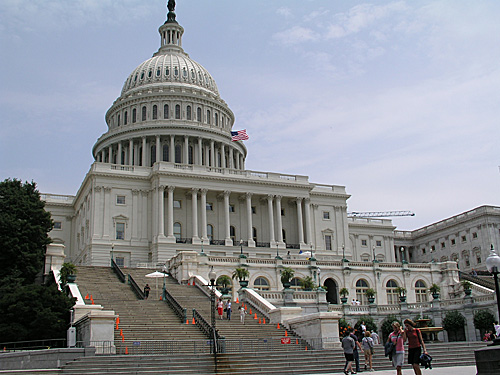 As if the US Congress hasn’t squeezed enough money out of the ailing US Postal Service in the last decade, lawmakers in Washington have now come up with a genius plan to cut mail delivery to five-days-a-week and use the savings on an insolvent federal road-building initiative. The US Postal Service has lost more than $41bn in the last six years, and now has liabilities greatly exceeding its assets. Postal chiefs do want to end Saturday deliveries for regular mail, but using the estimated $2bn a year savings to help balance the Postal Service books.

But leaders in the House of Representatives have been circulating a memo suggesting that a cut to mail delivery frequency could provide funding they could use in the Highway Trust Fund, a programme usually funded by fuel taxes that is set to run out of money at the end of the year.

The plan has been denounced by mailers and postal unions alike over the weekend.

Opponents in Congress have called the Republican plan a “short-term band-aid” for the failing highway programme, while doing nothing to help a Postal Service financially crippled by Congressional mandates to send billions each year to Washington to cover future retiree healthcare liabilities.

The Democrat from Delaware said: “The hard truth is that moving to a five-day delivery schedule isn’t enough on its own to save the Highway Trust Fund or the U.S. Postal Service. The numbers just don’t add up. Furthermore, using permanent policy changes, like moving to 5-day delivery, as a short-term funding band-aid is not responsible leadership.”

Carper said Congress had been passing short-term funding extensions for the highway programme since 2009, and it had proved “ineffective and expensive”.

Republicans should focus on passing comprehensive postal reform legislation to avoid a public bailout of the Postal Service, he said.

“I’m committed to solving the financial crises facing both the U.S. Postal Service and the Highway Trust Fund and I stand ready to work with colleagues on both sides of the aisle to find responsible solutions to these important challenges but I can’t endorse a plan that just dodges the tough decisions yet again and doesn’t fix any problems along the way,” said Carper.

Within the US Congress, after years of failing to pass crucial postal reform legislation, this year the Senate and House have both passed bills out of Committee. The Senate bill seeks to re-structure USPS pension and healthcare financing as well as a number of operational changes, while the House proposal seeks only to replace doorstep mail delivery with kerbside or community mailboxes to cut postal operating costs.

Mailers described the proposal to fund transport measures with Postal Service cuts as “misguided and infeasible”.

“The Postal Service’s financial crisis deserves comprehensive and dedicated reform legislation, not piecemeal provisions on unrelated issues. Under no circumstances should Postal Service finances be allocated to non-postal expenditures,” he said.

The National Association of Letter Carriers said the Republican proposals would damage the US economy while failing to fix transport problems.

The union, which represents nearly 300,000 active and retired postal workers, said the US should not have to choose between a strong transport infrastructure and a strong Postal Service.

NALC president Frederic Rolando described the proposal as a “political cop-out”, with House leaders looking to raid the Postal Service because they can’t find money elsewhere for highways in an election year.

“This manoeuvre makes no sense,” he said. “The Postal Service doesn’t rely on taxpayer money or Congress to fund its operations. It earns its revenue selling stamps, and it shouldn’t be treated like a congressional piggy bank.”

Rolando warned that ending Saturday delivery would cut 80,000 postal jobs, and in cutting mail services was effectively a “new tax on businesses”.

“They are open weekends, need to send and receive checks, and would have to hire expensive private carriers to do so without Saturday mail,” he said.

DeJoy: We are a Postal Service taking charge of our own destiny