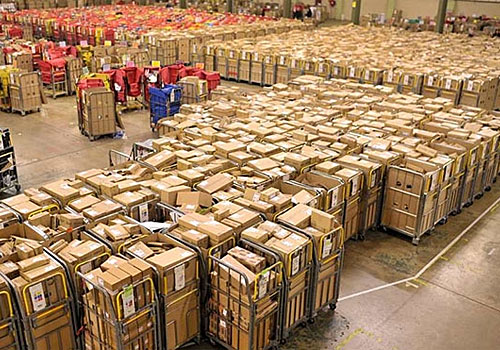 Royal Mail has raised concerns over the route of the UK government’s controversial High Speed Rail project, which proposes a major new transport route from London to the North of England. HS2, as the £43bn project is known, is the subject of a bill currently going through the House of Commons. It proposes a high-speed rail link between London’s Euston station and the city of Birmingham, with a second phase running up to Manchester and Leeds. Construction is slated to start in 2017, with the first phase open in 2016 and the second in 2032.

The project is already resulting in mail company UK Mail Group moving its headquarters and central hub to Coventry, out of the path of the planned rail link.

Royal Mail Group backs the HS2 project in principle, and wants to work with the government to support the project.

But, last month the company signed up to a Commons petition opposing the project as it is currently planned.

The newly-privatised universal postal operator said in a statement issued through London-based lawyers Bircham Dyson Bell LLP that it has various sites that would be directly affected by the construction of the HS2 project.

The company said three major delivery offices covering a “very substantial” part of London would be subject of compulsory purchase orders, along with the Greenford Mail Centre in the London Borough of Ealing and the Castle Bromwich Delivery Office in Birmingham.

The Greenford Parcel Sort Centre, a leased building, would also be affected by the rail project, and represents a key part of Royal Mail’s operations during the pre-Christmas peak parcel season, handling 15m parcels in November and December.

Royal Mail said that without sufficient mitigation measures, it would not be able to carry out its statutory duty to deliver the mail if the HS2 project goes ahead in current form.

“The proposed works will affect much of your Petitioners’ operational property necessary for the collection and delivery of mail over major parts of London and Birmingham,” the company warned.

Royal Mail added in the petition submission that it would be prepared to prove that its property, rights and interests are “injuriously and prejudicially affected” by the HS2 project.

The company said even if it is not forced to hand over sites under compulsory purchase orders, construction and tunneling in the vicinity could cause “significant loss and damage” to its business.

The loss of the Camden Delivery Office to a compulsory purchase order would cause a particular headache, Royal Mail said, because similar sites “are not generally available” in North London. Talks with the HS2 project managers are ongoing, Royal Mail said, but the mail company has failed to identify an alternative site, and said that it would not vacate its current delivery office unless an alternative site is found, even under a compulsory purchase order.

Royal Mail’s submission also complained that proposed compensation for the loss of its sites was not sufficient.

“Unless the Bill is amended as proposed above,” the company concluded, “the Bill should not be allowed to pass into law.”