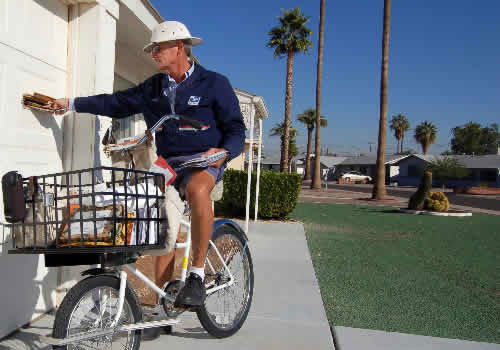 A key US House of Representatives committee has adopted another appropriations bill that includes requirements for the US Postal Service to deliver mail on Saturdays. The Financial Services and General Government Appropriations bill provides annual funding for the US Treasury Department and several federal agencies in 2015. Yesterday it was adopted along with an amendment that requires USPS to deliver the mail six days per week.

The bill now moves to the full House of Representatives for their consideration.

The US Postal Service has been urging lawmakers for many months to give it the power to reduce mail delivery costs by no longer delivering regular mail on Saturdays.

USPS has estimated its cost savings as $2bn a year from reducing mail delivery frequency. Proposals would keep parcel and express deliveries on Saturdays.

The majority Republicans at the Oversight Committee, which has been the main port of call for postal reform proposals, are supportive of the move to five-day-a-week mail delivery.

However, the Appropriations committee adopted the postal amendment protecting six-day-a-week mail delivery on a voice vote, after being proposed by Democrat Representative Jose Serrano, of New York, and Republican Representative Tom Latham, of Iowa.

The six days a week mail delivery requirement has been in US appropriations legislation since 1983, attached to funding allocations for free mail services for the blind, and for overseas postal votes — funding that USPS has said it could do without if it is allowed to cut Saturday mail delivery.

The latest bill proposal, for 2015, had removed the delivery requirement from the USPS funding allocation.

But, yesterday the protection was put back in by the amendments adopted by the full Appropriations Committee.

“This is an important victory for the millions of Americans who depend upon six day delivery to receive vital services in a timely manner,” he said.

Congressman Latham said USPS “absolutely” needed to continue to improve its cost saving measures, but insisted that it shouldn’t happen “at the expense of providing for the Iowans and all other Americans who rely upon routine postal delivery”.

“I am also concerned about any proposals that could eliminate small town post offices or hurt those rural business that rely on Saturday mail,” he said.

“The US Postal Service must take a hard look at methods to improve their efficiency in efforts to save money and retain invaluable services. Moving to a five day mail delivery is not the answer.”

Rafe Morrissey, GCA Vice President of Postal Affairs, said: “Led by Reps. Serrano and Latham, and supported by Reps. Yoder and Kaptur, among many others, the committee demonstrated its understanding that an elimination of essential services such as Saturday delivery would be harmful to American citizens, businesses, and an already struggling Postal Service.”