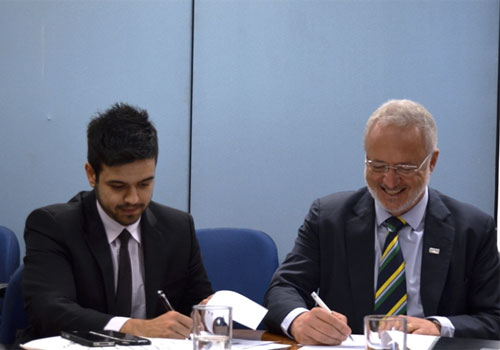 Brazil Post was first given the power to form subsidiaries, buy stakes in other companies and create joint ventures with partner companies within the postal reforms passed in 2011.

Since then, efforts have already begun to establish various joint ventures and subsidiaries to strengthen Brazil Post’s operations and expand into new revenue-generating opportunities.

This has included the move to run Brazil Post’s own cargo airline, in partnership with airline Rio Linhas Aéreas, a new venture in partnership with payment technology firm Valid that will offer digital communication solutions, and a postal banking venture with the Banco do Brazil.

Brazil Post is also looking to enter the mobile phone business as a virtual network operator, in a partnership with Poste Italiane.

The company confirmed last week that the new unit, CorreiosPar, will be responsible for the administration of all of these new ventures.

“This management model has been adopted by several other Brazilian public companies,” the firm explained. “The establishment of the new subsidiary is now subject to administrative actions such as deciding the format and composition of a board of director and counsel.”

Since 2009 the company has taken a new direction in modernising its operations and expanding its business activities into new areas.

The postal reforms of 2011 aimed to provide new freedoms for the company to take on a more corporate structure, operate internationally and in partnership with other companies, both as partners and investors.

The company’s ambitions are to ultimately become more like an integrator, building on the power of its brand to expand into new fields and new countries while continuing with its social and economic development goals within Brazil itself.