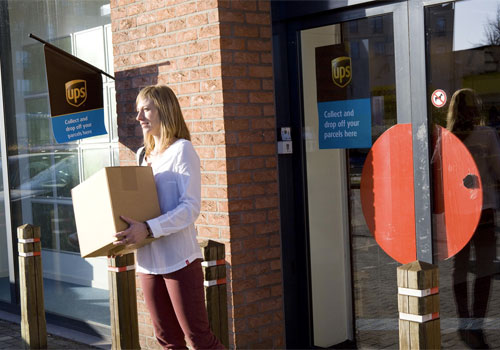 Parcel shops provide alternative access points for customers to receive e-commerce packages and hand in items for return, particularly for those who cannot be at home during the working day to receive home deliveries.

UPS said its network is cross-border, so that consumers in France, Germany, the Netherlands, Spain and the UK can shop from websites in any of those countries and have it delivered to their nearest UPS Access Point, the company said.

Consumers can also drop off labelled and pre-paid UPS parcels at UPS Access Points, including returns.

Christoph Atz, the managing director at UPS Spain, said: “These additional services address the results of our 2013 Pulse of the Online Shopper survey in which consumers indicated that they want more control over when and where their purchases are delivered, and a convenient returns process.”

Atz added that UPS Access Points help sustainability efforts by reducing the number of re-deliveries required for items where householders are not present to receive delivery.

UPS now has more than 12,000 of its UPS Access Point or, in Germany, UPS Paket Shop, locations, and the company says there is further scope for expansion with plans for the network to reach 13,000 this year.

The network is seen as important for UPS ambitions for growth in the business-to-consumer segment in Europe, particularly with the strong parcel industry competition present in Europe’s largest e-commerce markets.

UPS said its overall volume growth in 2013 was “largely” due to e-commerce, with business-to-business volumes flat compared to the previous year.