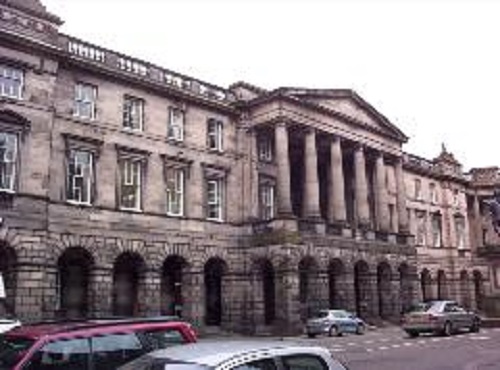 Gary French, a postal worker who lost a fingertip to a faulty letter box while delivering mail in Scotland in 2013, is suing Royal Mail for £200,000. The case – PD2869/14 Gary French v Royal Mail Group Ltd – was heard by Lord McEwan at the Court of Session in Edinburgh yesterday (Wednesday, 6 May).

French was delivering a letter to an address in the Border village of West Linton on 26 March 2013 when, according to his court action, “suddenly and without warning the letterbox cut off the tip of his right index finger as he withdrew his finger from the letterbox”.

French had not delivered mail to this address before. He maintained that other postal workers who had done so should have reported the dangerous letterbox to Royal Mail, and that Royal Mail should have passed on the warning to other employees. If he had been warned, said French, he would have used a “postal peg” instead of risking his fingers in the letterbox.

Royal Mail maintained that it did fulfil its duty of care and provided the postal worker with adequate health and safety training. Furthermore, it argued that it would not be “reasonably practicable” to expect the postal company to inspect every letterbox to which deliveries will be made.

Lord McEwan decided that the case should go for a full hearing of evidence.

The Court of Session, Scotland’s supreme civil court, sits in Parliament House in Edinburgh as a court of first instance and a court of appeal.